THE END is in sight. Beers by the Numbers. 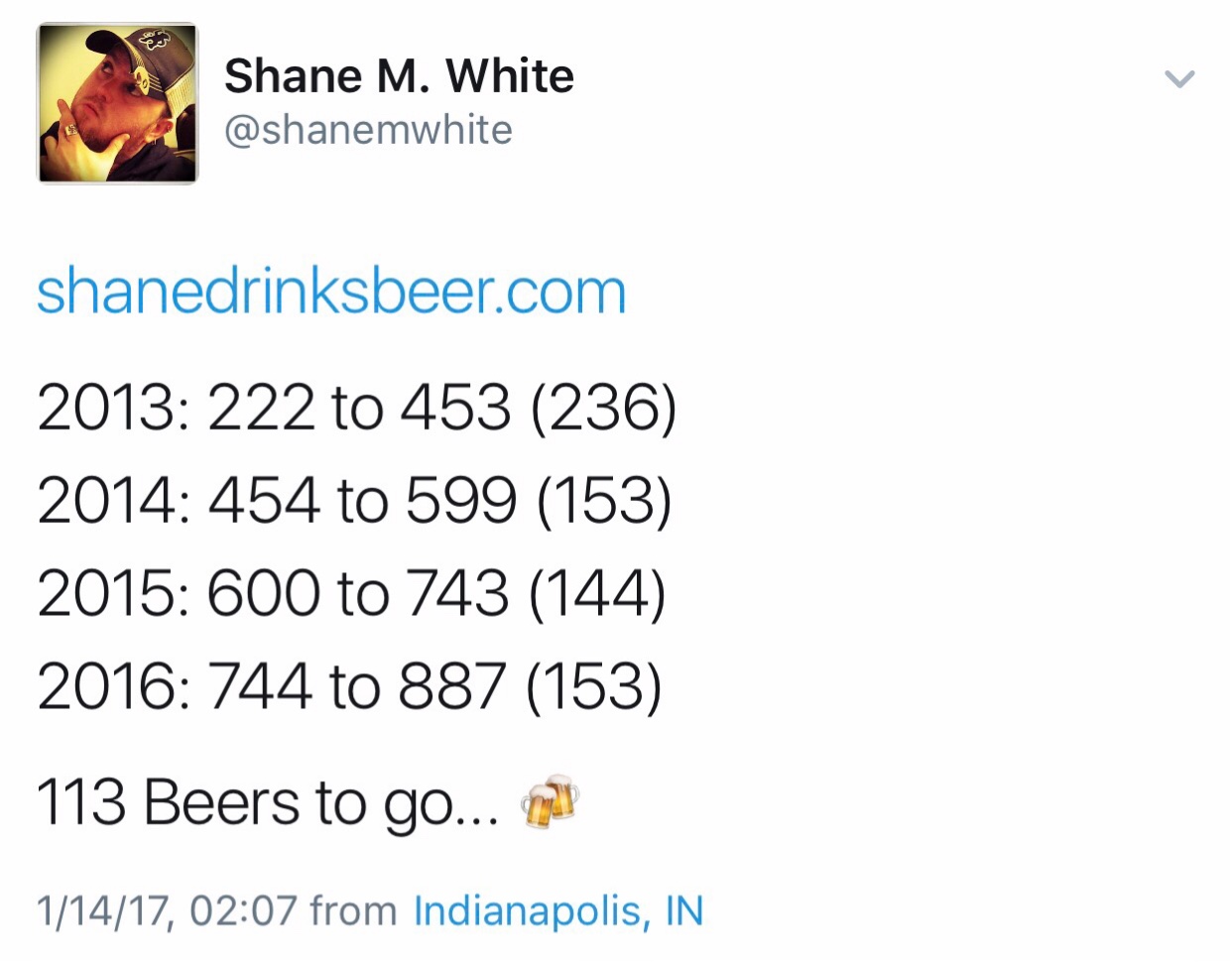 I started this website near the end of 2012. I registered the website in September and spent the last four months of the year getting everything caught up. Going through MySpace and Facebook posts looking for beers I had posted. Going through my iCloud and other Hard Drive back ups, trying to find all of the pictures I had taken over the years, to make sure I hadn't missed anything - and then I worked on the post for The First 152, based on the beers I knew I had drank, that I didn't have pictures of. Those first 152 are all pretty common beers, that I don't think anyone will ever challenge me on. A few of them, I have even done REVISITED posts just to confirm they have been drank.

2013 was the year I started keeping track hardcore - and it still remains my most successful year with 236 new beers drank.

Then, I have to decide what the plan is for the website...

Email ThisBlogThis!Share to TwitterShare to FacebookShare to Pinterest
Labels: Writing