I haven't drank a new beer from Sam Adams since December of 2015, when I drank Beer #740.
It's been a long time, as I became disenchanted with their "macro"-style, and I attempted to focus on smaller and more local brews.  But, when I was at the liquor store and saw a sour from Sam Adams, I was interested.

And I was disappointed.  The sour is minor and weak, and only in the back end.  The description of the blending and aging process for this beer sounded really cool - sadly, the final product is nothing exciting. 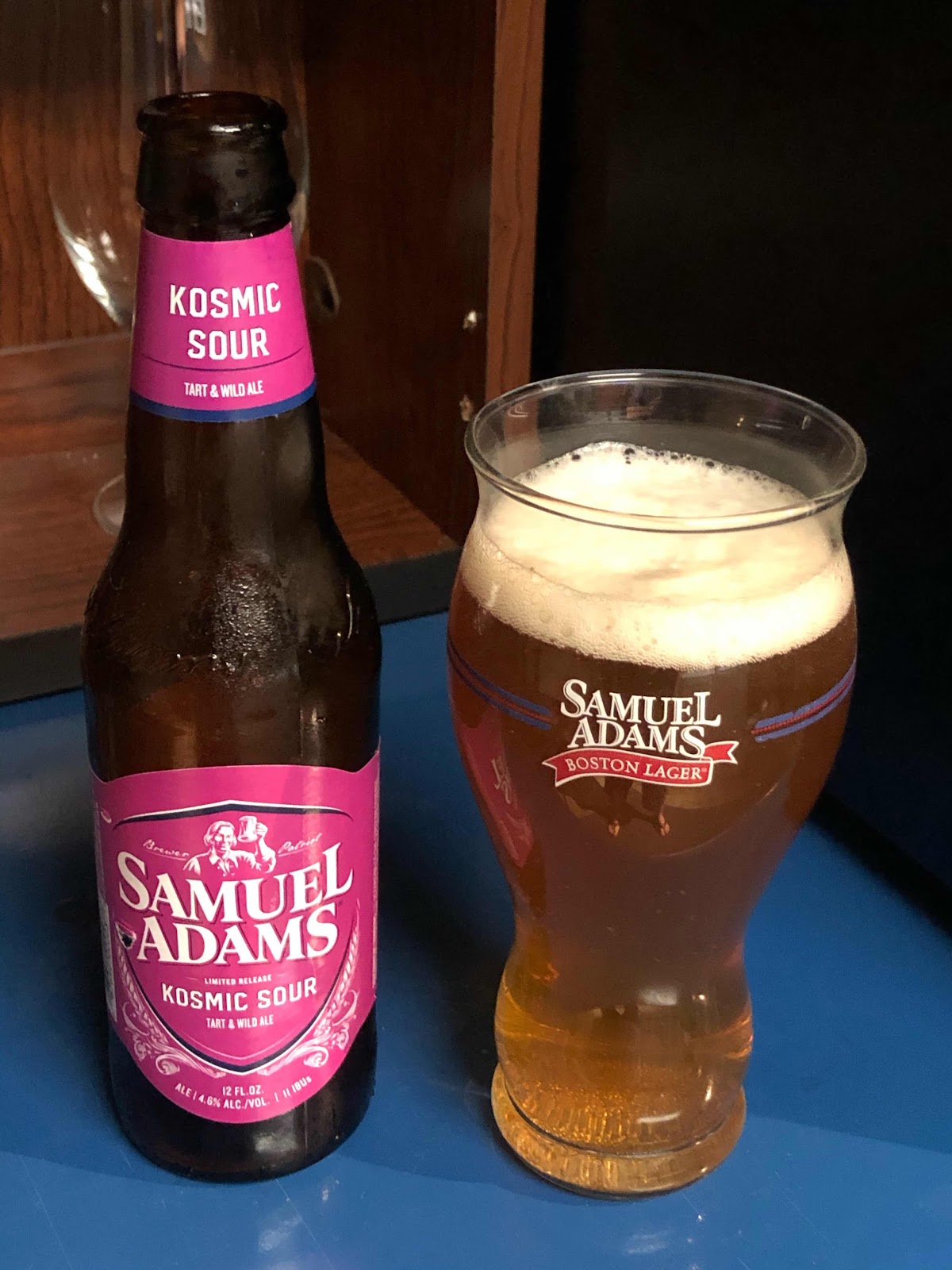 So, the label says its blended with a beer called Kosmic Mother Funk (KMF) which I have also tried.  It was Beer #736.  Sadly, I didn't get the sour I wanted from it either.  Perhaps Sam Adams doesn't understand the term "sour"? 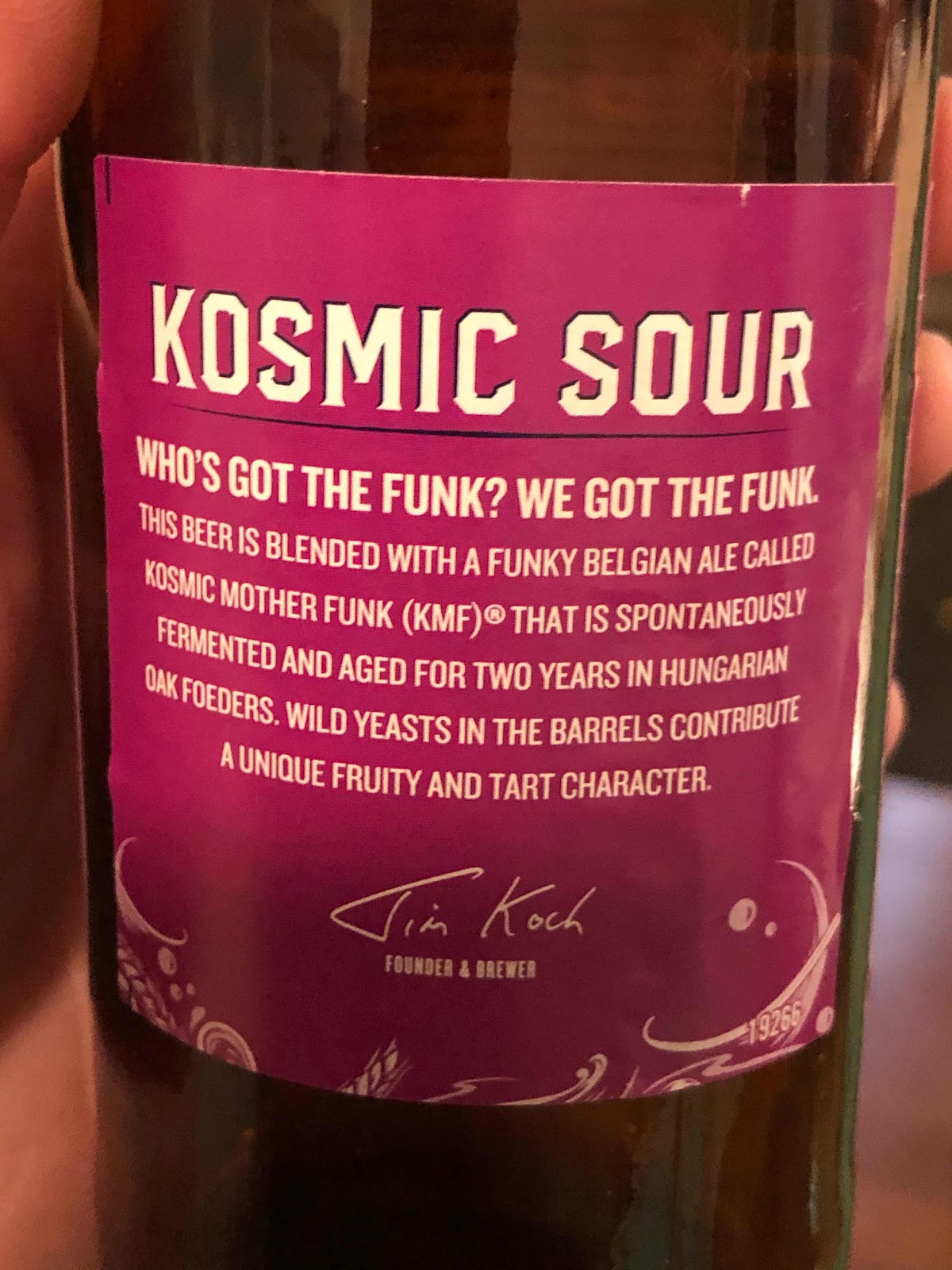