So, Full Disclosure.  Sun King Brewery has been providing me with a lot of beers recently, so that I can drink them each week when I record the Shane Talks Podcast.  It's an unofficial sponsorship, but it's a situation that really works out well for me.  I get to try a lot of Sun King Beers, I've been given some special beers (a lot of King's Reserves) and all I have to do is talk about how much I like them.  That's easy for me.
However, because I'm getting set up for the podcast, it looks like I forgot - for a second time - to take a picture of the beer in its glassware with the bottle.  So, once again, I will have to include the shot from the episode while I was talking about the beer.
So, onto the beer - it's amazing.  I really, really like this beer.
The bourbon up front hits hard, and then it quickly mellows out with the creamy delicious chocolate flavor.  And this is good chocolate flavor - not powdery cacao flavor.  The beer was brewed with 500 donuts from Jack's Donuts, and the flavor really comes through.  The aftertaste even boasts a little bit of a bread-like taste, which probably convinced my brain that I had just taken a big bite of a chocolate donut.
I have another bottle of it, and I can't wait for the special occasion that Caitlin and I open it up. 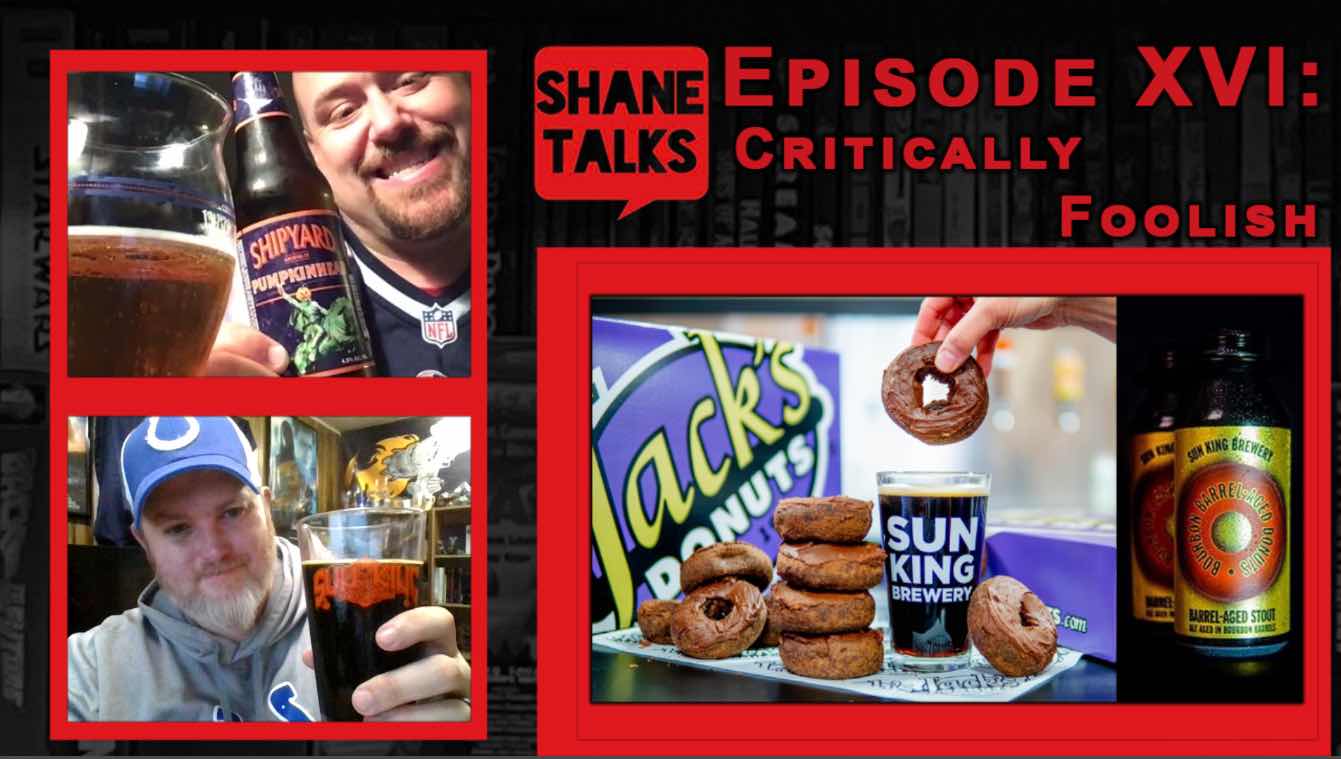