Back in March - the weekend before the world shut down - I was bar hopping for Jae's Bachelor Day and we ended up at Sun King Fishers where I did the Coconut Shadow Proof (Beer #1413) and it was delicious!!!
I was excited to see this Peanut Butter Cup variant, which was very tasty as well.
Not as good as the coconut bourbon variant, but the flavors were very good.
The chocolate and peanut butter are both present, but the bourbon kicks in and sort of overpowers the other flavors in the back half of the beer.
Jason and I drank this beer while we recorded Episode XXI of our Podcast, LIVE at Sun King Fishers. 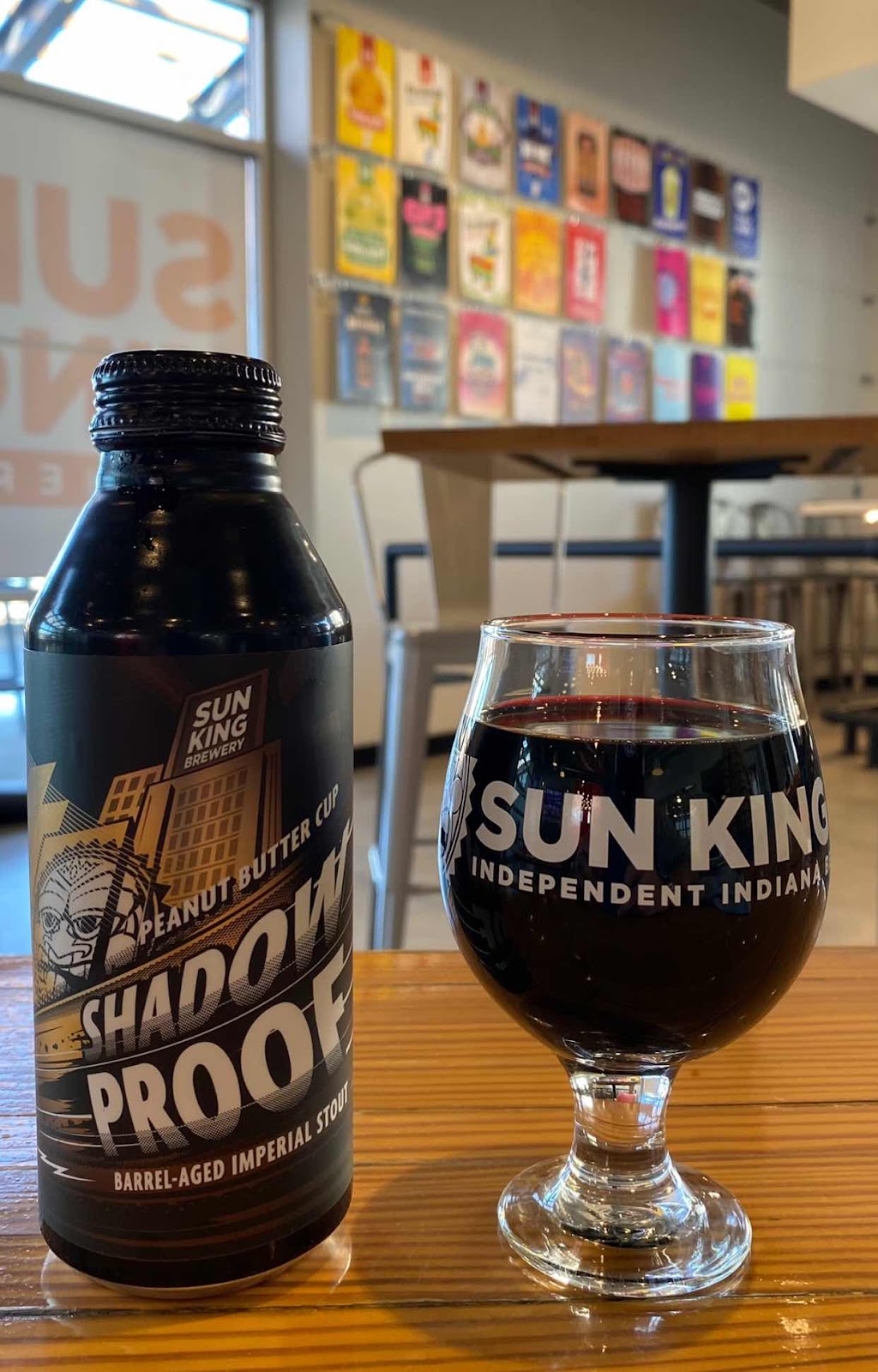