First, let me address this - YES, this is my third raspberry beer today.  Not sure how that happened, but it did.  This one ranks third, out of the three.
Second, somehow this is my first ever Great Lakes Beer?  Which is odd, I know I see this brewery often at the liquor store, but...  I know for a fact we had their Edmund Fitzgerald Porter in our beer fridge - but it looks like Caitlin May have drank that!
Sometimes I drink white ales with spices added - and those spices just don’t sit right with me.  I have a feeling that’s how Great Lakes’ standard white is.
Because while I enjoy raspberry - this white Ale just has a funky/spicy taste to it, that I’m not a fan of.  The raspberry aroma is very present, but doesn’t prepare my mouth for the awkward spicy sensations that accompany this beverage.
Beer is blah.  I don’t hate it, but I won’t buy it again. 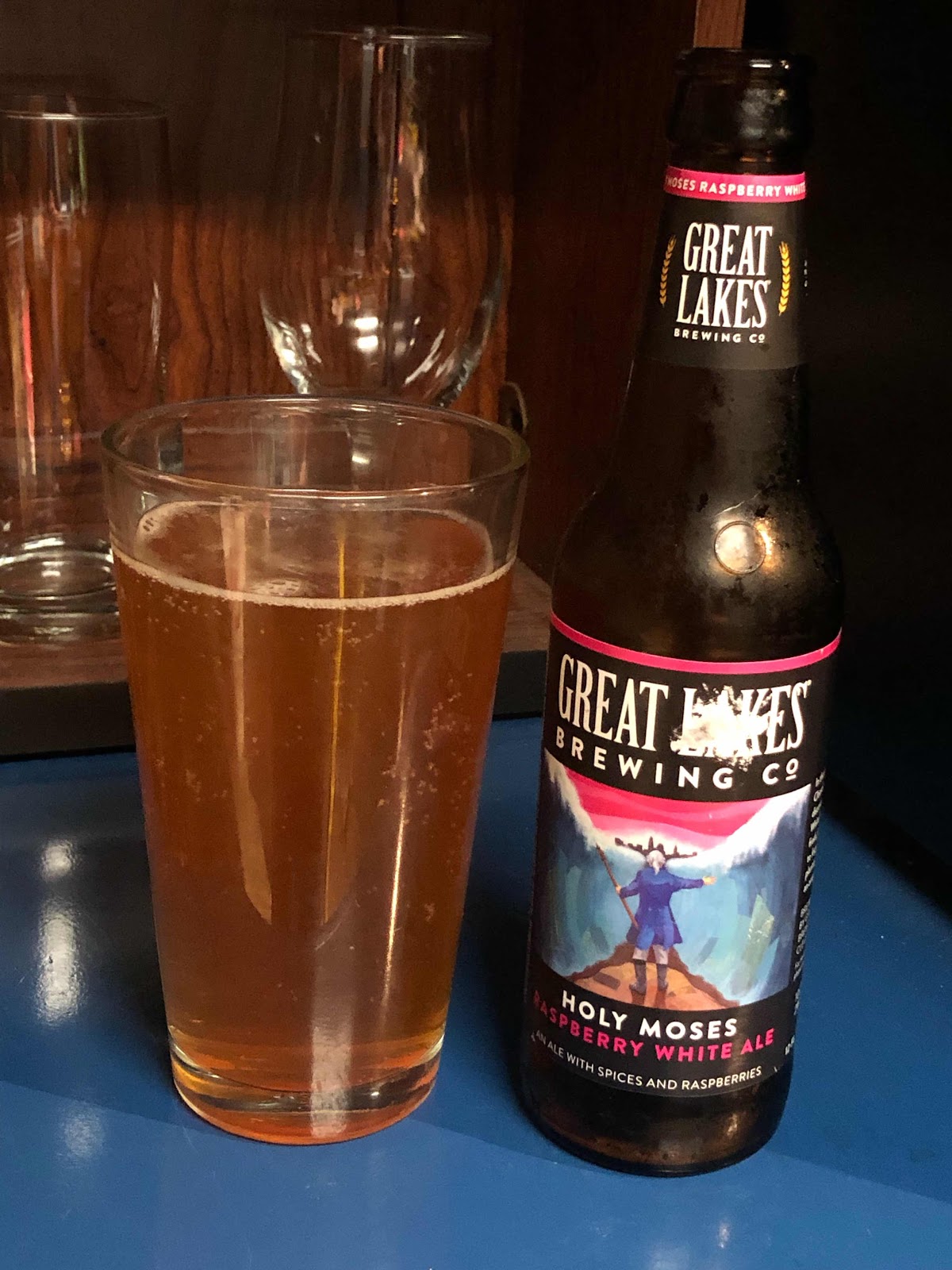