Tonight, Jason and I went joined by a few of our friends to record a 20th Anniversary Reunion for our first film "Consternate", which we premiered on December 19th, 2000.
For this recording, I decided to drink a Sun King Johan.
Why?
Because Johan was the first beer that Sun King ever brewed, and we were celebrating the first film we ever made.  So, it seemed like a perfect combo.
I swear that I have tried this beer before, but it's nowhere on the website, so this makes it official.
The beer is BIG and tasty.  The barrel-aging on top of the Barleywine makes this beer a sipper.  The flavors are strong and the bourbon kind of overpowers a lot of the taste.  It's very good, but something that should be reserved for special occasions. 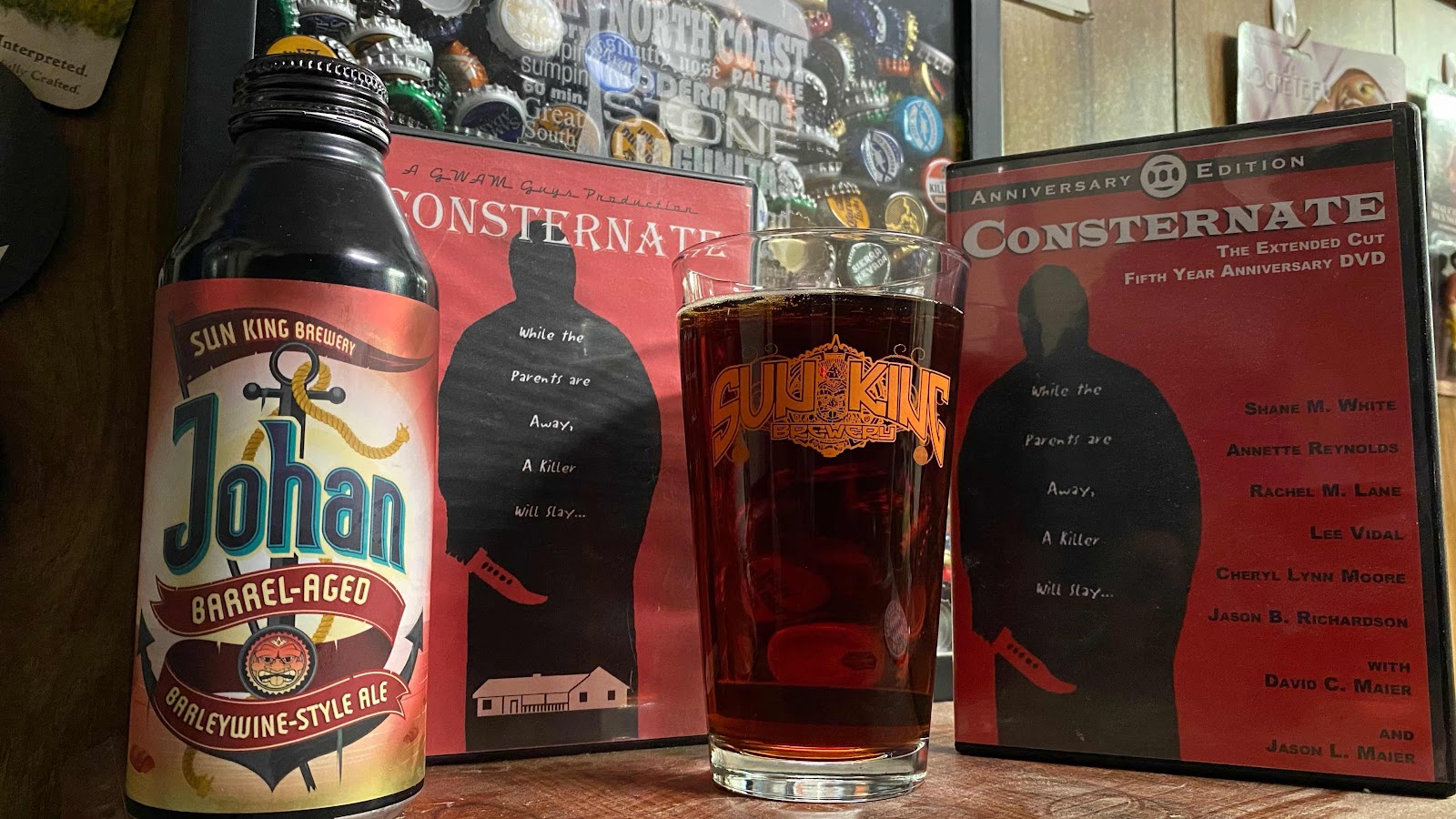 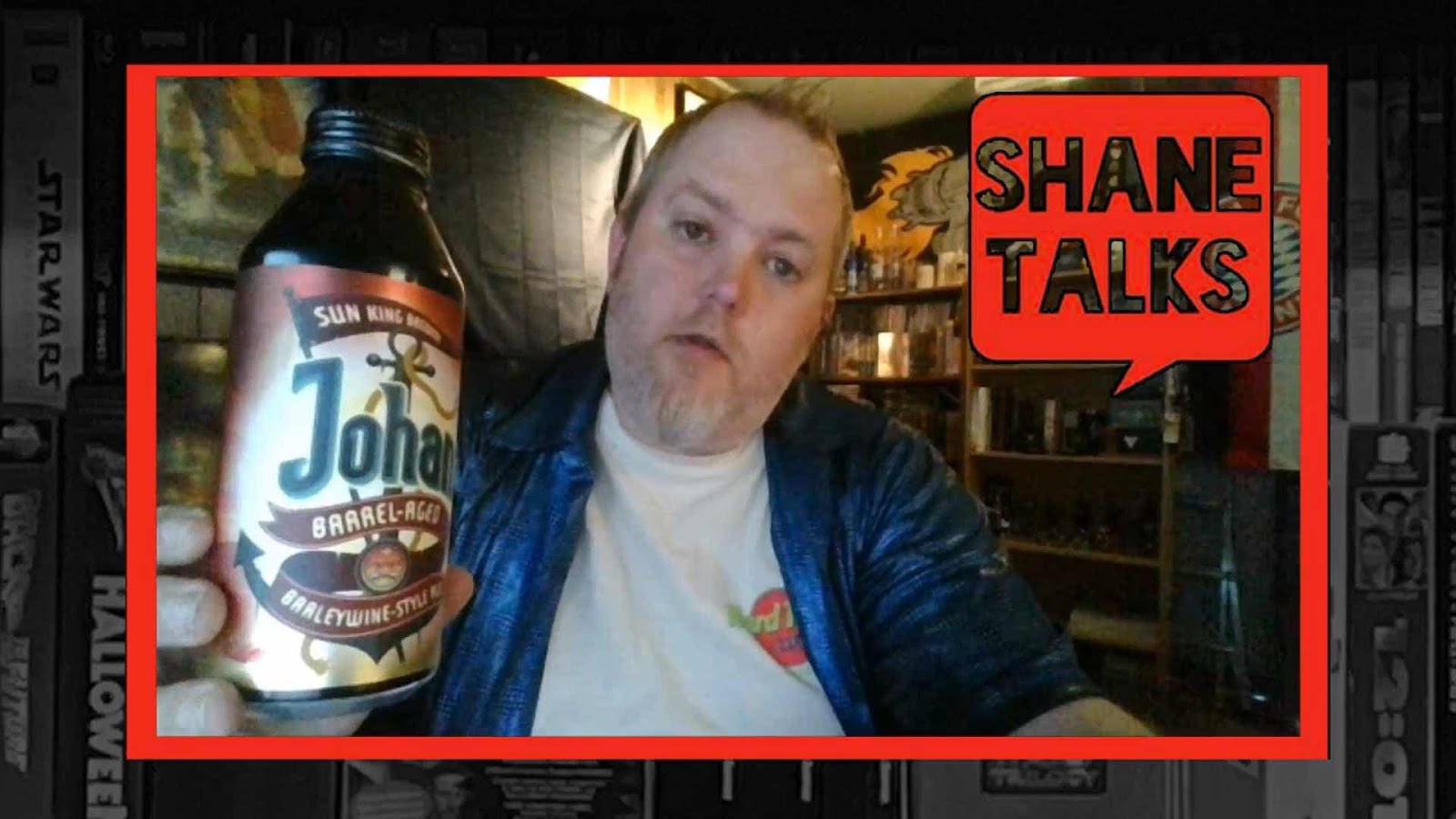