So, this beer isn't going to get a number, but I have a story to go with it.
Back in July, while my family was down in Nashville, Indiana - I found myself drinking in The Original Big Woods bar, while my wife and stepdaughter went shopping.
I was enjoying Peanut Butter Buster Knuckle by itself, when I eavesdropped on my server telling another table about mixing this beer with Six Foot Strawberry Blonde, for a Peanut Butter and Jelly taste.
The next time she came over to me, I admitted to overhearing her pitch, and told her I would like to try that.  And so, I drank many of them over the next few hours.
This morning, I happened to be at the liquor store, saw both of these beer together, and decided that's what I wanted to drink tonight.  So, I'm mixing these two beers together and enjoying the delicious flavor I learned about down in Brown County. 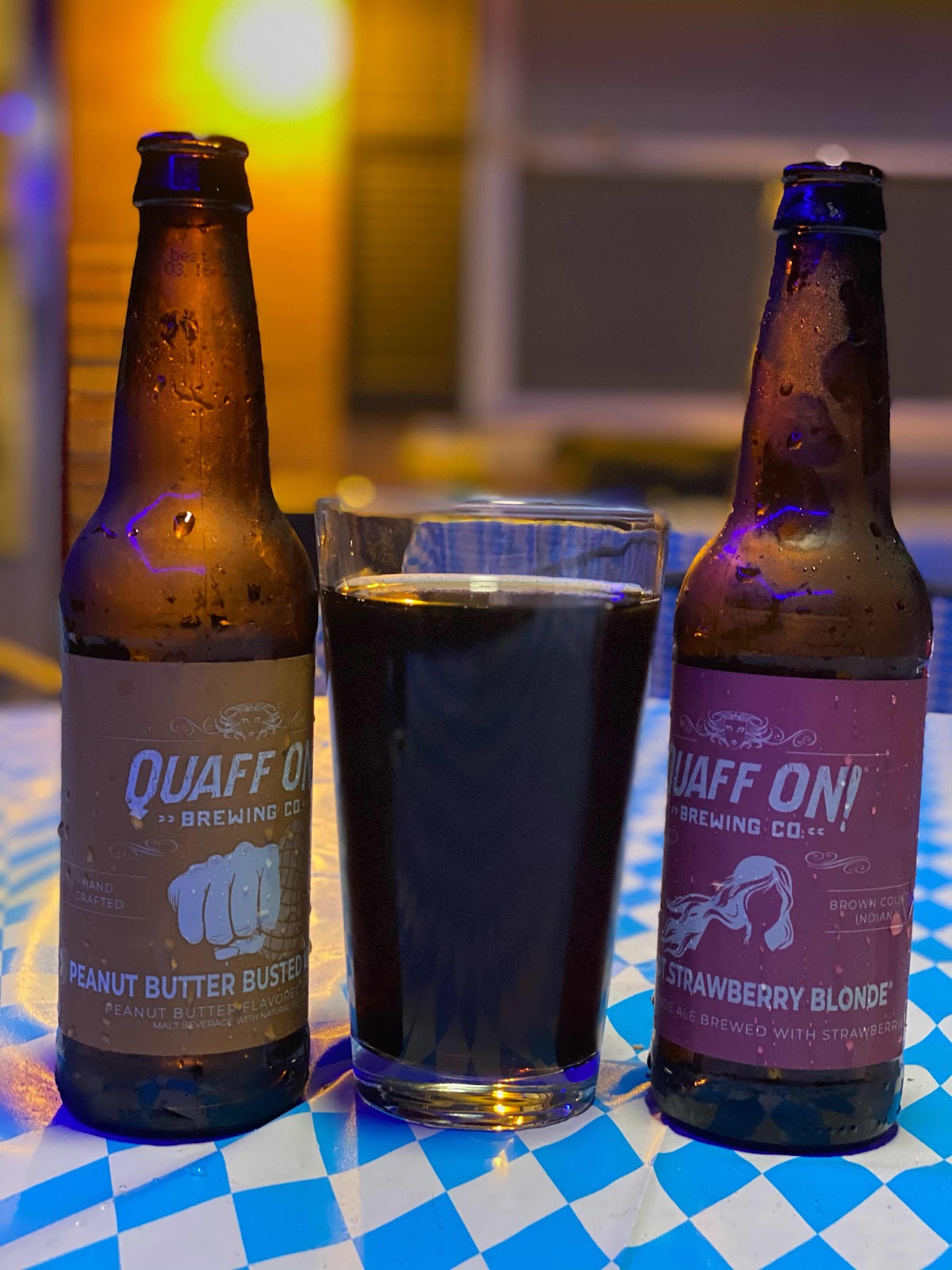 Email ThisBlogThis!Share to TwitterShare to FacebookShare to Pinterest
Labels: Big Woods, Quaff On