Ever since Kona sold out, I've been looking for a good quality coconut brown ale.  I had high hopes for this one - and it just falls a little short.
The cocoa nibs are super prominent in the flavor, and I think it drowns out the majority of the coconut flavor. It's there in hints in the backend, but not as powerful as I would like. It's very full bodied and has some powerful chocolate flavor.
Overall, still a very nice and tasty beer, and I look forward to drinking the rest of them.
UPDATE:  So, the first beer I let sit out for about ten minutes before I started drinking it. It had warmed up some - but turns out, not enough.  The more the beer warmed up, the more powerful the coconut aftertaste became. It's still not the same as those Koko Brown's from three years ago, but it's a very good replacement for now.
(A month ago I came across some Koko Brown's from this year - and they were pathetic.  Zero coconut flavor.) 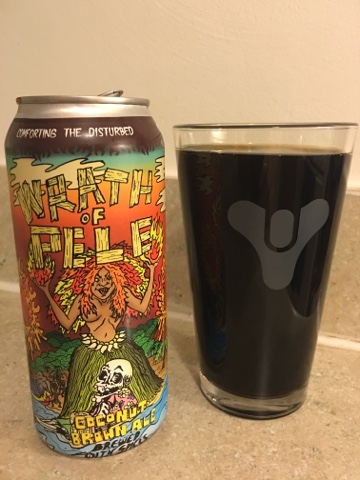