I’ve been mad at Kona for a few years and haven’t really tried any of their new products.  Ever since they sold out to a Macro and started mass producing their beers - I haven’t been happy with the quality.  Specifically, how Kona Brown (Coconut Brown Ale) went from SO MUCH coconut flavor - to none.
Tonight, at the liquor store I found Koko Brown.  And despite my declining opinion of it - I buy it anytime I find it.  It’s only available from January to April, and each year I hope they fixed the Macro-recipe. I noticed they had a Kona Coffee Porter next to it, and decided, I would give it a try too - since that’s one of Caitlin’s favorite styles.
It’s a really decent Porter.  The coffee is very subtle and the beer goes down really smooth - like ZERO IBUs smooth.  Really tasty, and I don’t like coffee. 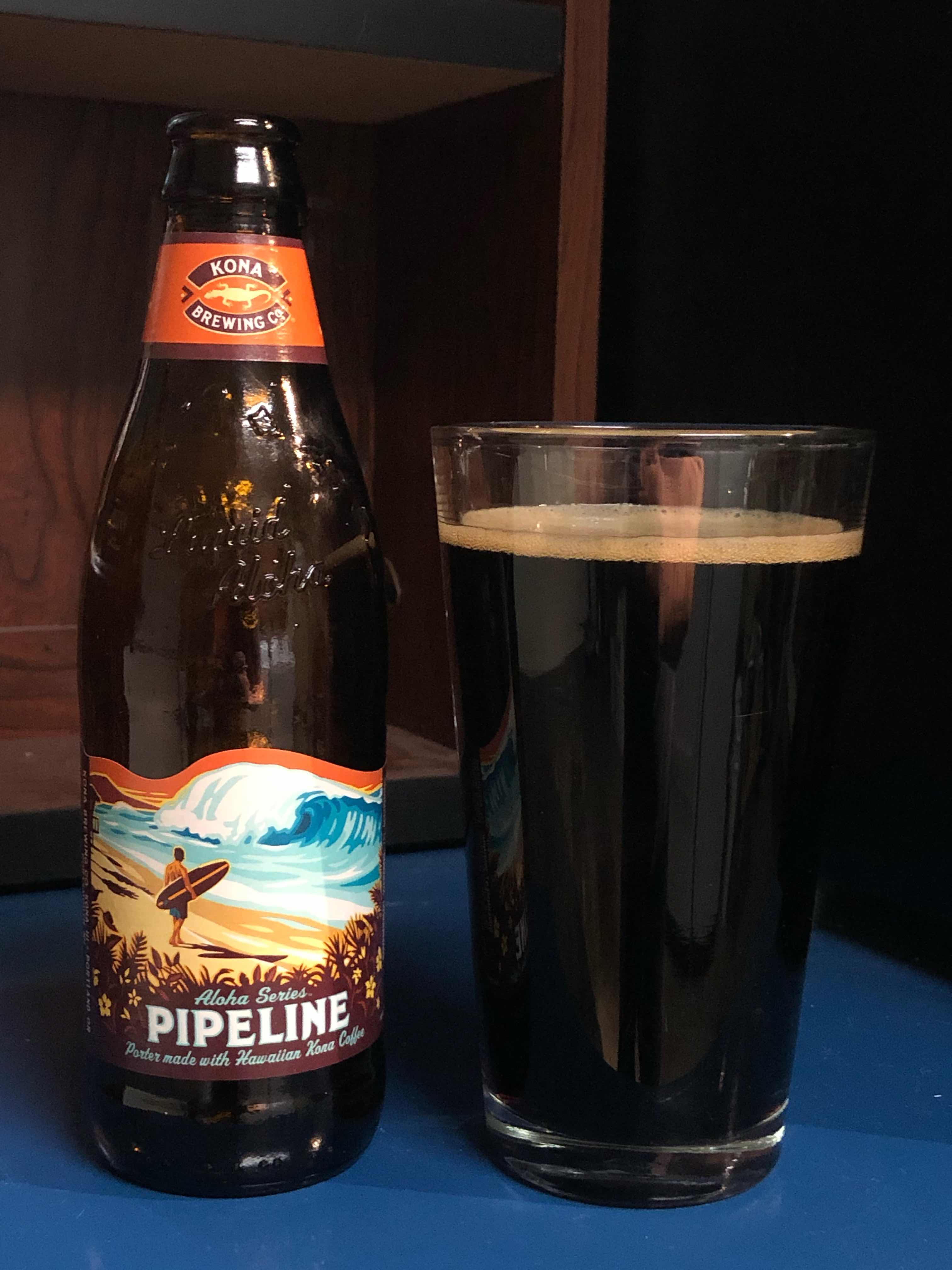