Beer #426 was the original Teddy Bear Kisses.
Beer #1370 - last year - was the Coconut Variant of Teddy Bear Kisses.
This year, they've done a mint version and called it Polar Bear Kisses.
It's yummy.  A nice punch of Bourbon up front, and then it smooths out and the mint lingers and kicks in.  As good as this beer is, I think the bourbon might be too much.  I'd love to try thing beer with just the chocolate and mint flavors.  I think it would be like a perfect York Peppermint Patty flavor of beer.  Sadly, the bourbon is just so powerful it really steals most of the show. 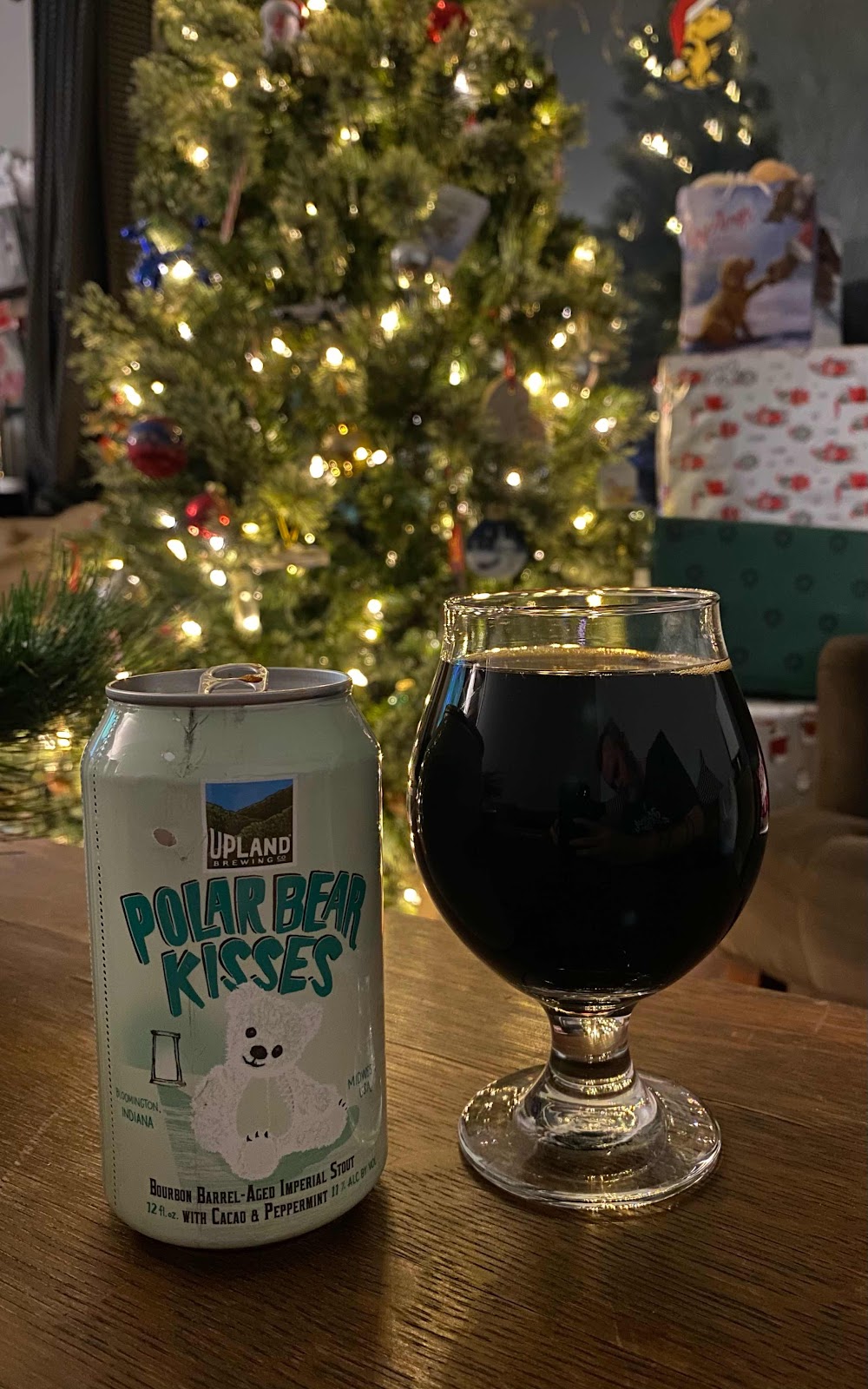