On this week's Shane Talks, I double-fisted the Sun King beers.
After I finished the Midnight Choir, I moved on to one of Sun King's other winter offerings a Bourbon-Barrel aged Wee Heavy with Chocolate and Pecans.
The Bourbon steals this beer.  It's big and powerful upfront, and lingers a while.  In its wake, it leaves a nutty flavor, which is obviously from the pecans.  The chocolate is pretty subtle, as its very overshadowed by the bourbon.  It's a powerful beer, it hits hard. 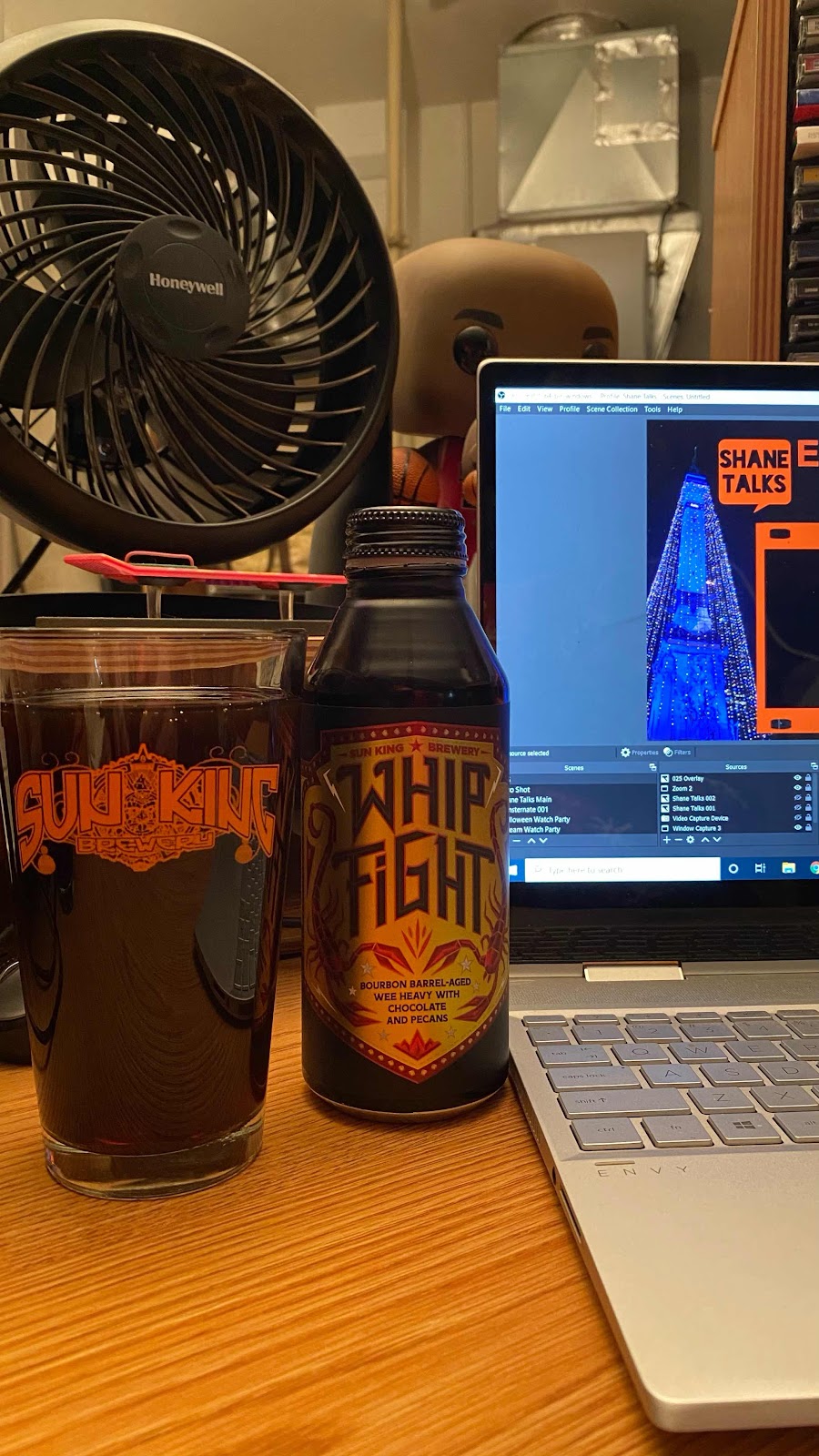