I original drank this beer on August 23rd of 2018 - it was BEER #1166.
I didn't write any notes back then, so...  Here's what was going on:  It was actually a gift from Snow, as we loaded up his car on our way to Wizard World Chicago Comic Con.  While we loaded his car, I drank the beer as a pre-road trip beer.  I remember thinking it was okay.
And three years later, it's still just okay.   Of the four FREEDOM beers I drank today, it's the most blah.  It could be because I don't really care for the flavor of peach?  I will say it's one of the more tart/sour ones from today - I wish the strawberry had this much tart flavor to it. 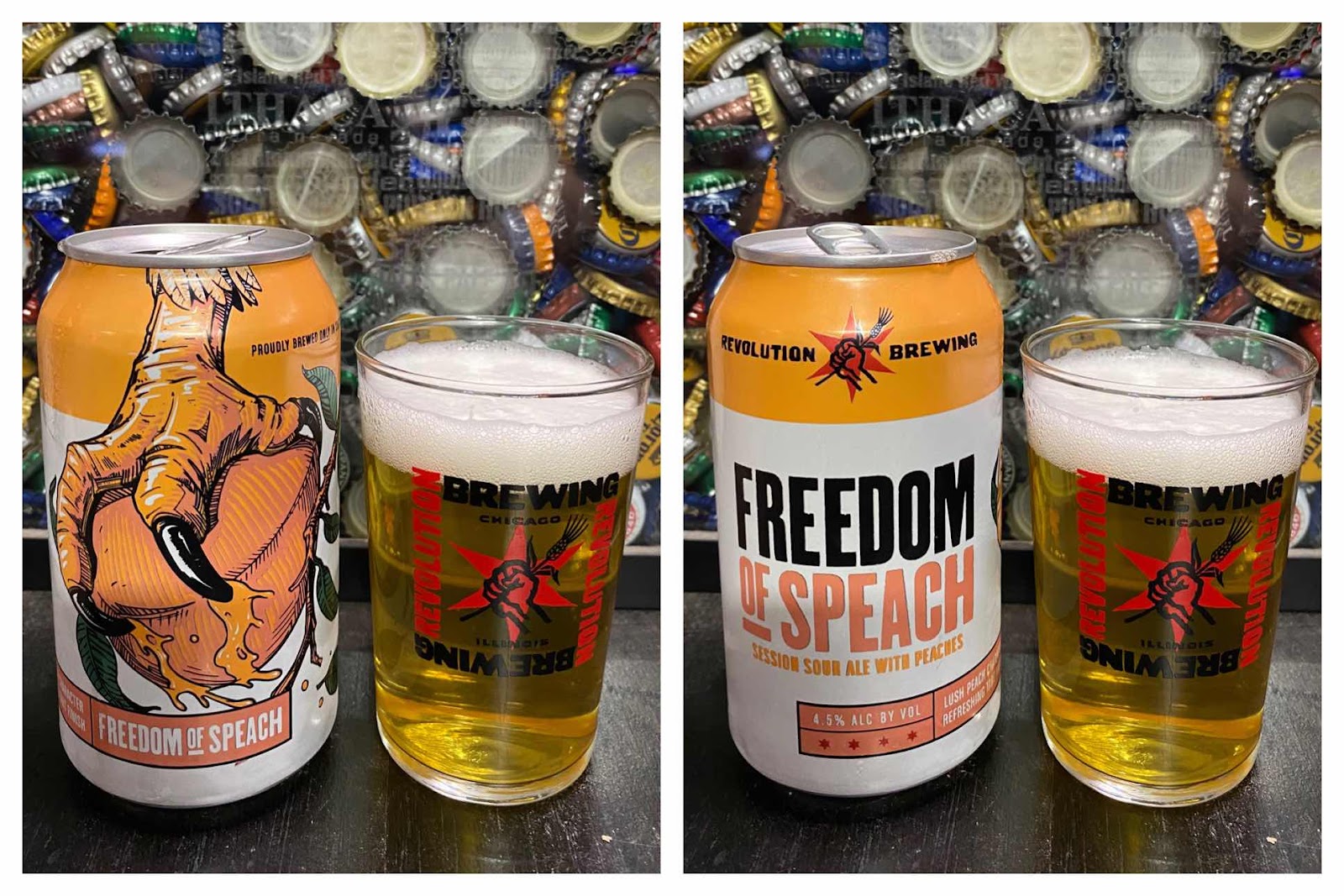