Malt Liquor is just the fancy word for beer, right?
I think so.  This beer is pretty generic and lame, but it was something I had never had before, and it was brought to this hangout at Snow's house by my friend Biscuit (yes, the [in]famous Sun King Biscuit from 2015).  He brought them, he offered one, it's another "fancy" beer for the website.
It's so blah.  It's so generic.  It lacks anything special.
But I drank it with my friends and enjoyed that bonding aspect to it.
And, it's from Indiana.  So, I have to claim to have enjoyed it. 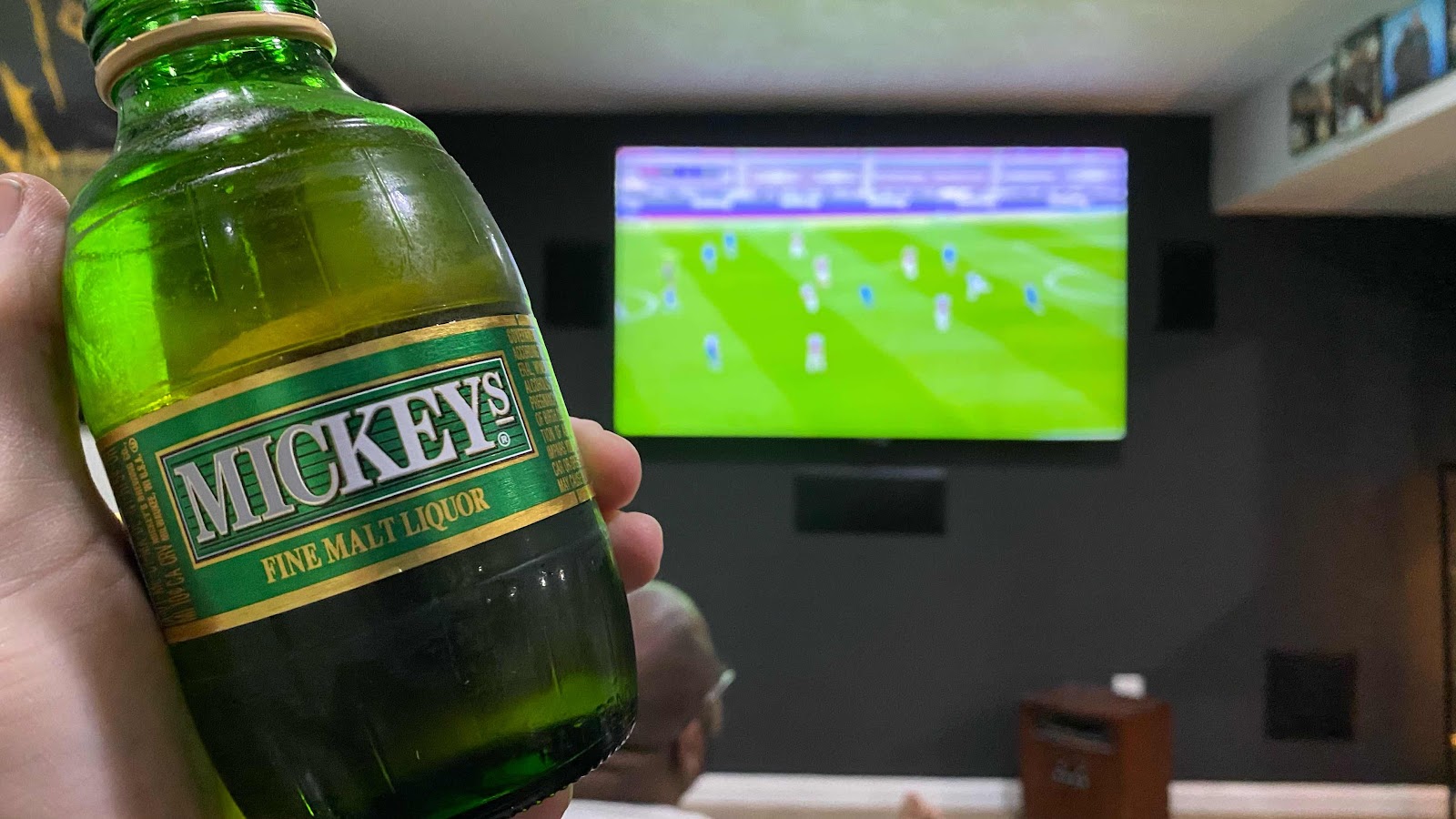