I'm at Union Jack in Broad Ripple, and asked which NA Beers they carry.
I got three options from Two Roots (which I've never heard of) two of the three were IPAs, so I went with the Helles.
It was fine.  Nothing special, but very drinkable.  Light and easy to drink, but not a lot of flavor.
So, I've tried to look into where Two Roots is from - and I think it might be from Indiana?
Their WEBSITE doesn't have any address or office listed - but it's only available in central Indiana - like only around Indianapolis.  So, I have to assume it's some kind of side project of a brewery here in town?
I drank a number of these, while eating a very tasty breakfast and watched the Germany match with about 25 other Germany fans. It was a great gathering - despite the terrible showing by Die Mannschaft. 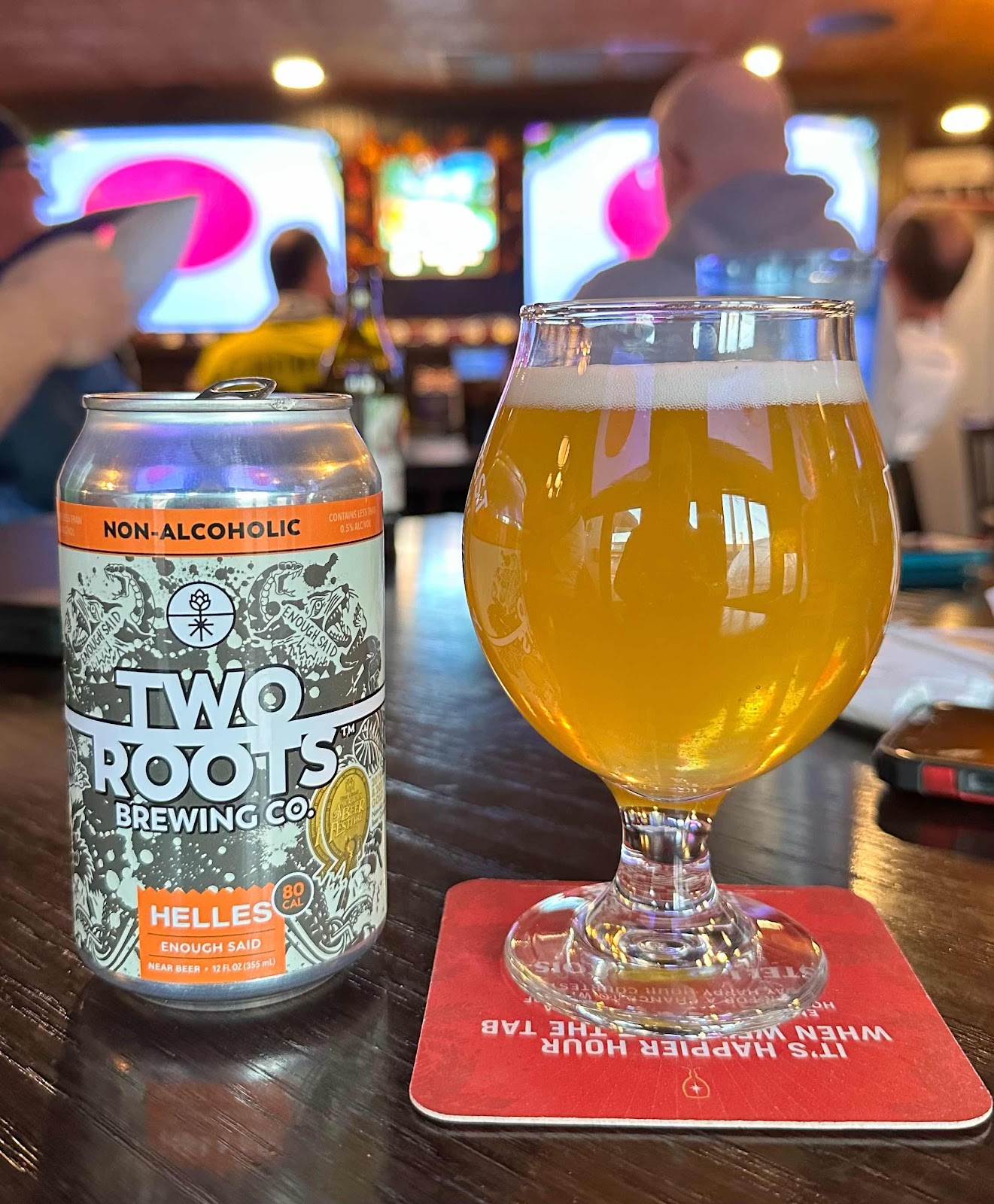