The Pacers have a 5pm game today, so I'm going to celebrate with yet another holiday beer.
This time, it's a Holiday Ale from New Belgium.
I haven't drank a "new" New Belgium beer since 2018...
New Belgium has done a lot of holiday beers over the years.
In 2011, they did Snow Day (Beer #204)
In 2013, they did Accumulation (Beer #404)
Also in 2013, they did a re-issue of their 2005 beer: 2° Below (Beer #439)
I'm not sure how long they've been doing Holiday Ale, but it's not bad.
It's a full bodied ale, that feels heavy, but easy to drink.
There's not any really heavy "spice" to the beer, I think it's kind of there, and might become stronger as the beer warms up?
The cranberry flavor kicks in at the end, and is a really nice finish to this beer, after it feels like it warms up my body.  This is another one of those beers that would be awesome for sitting by the fireplace, cuddled up on a cold winter night, watching some good holiday specials (instead of a Pacers game). 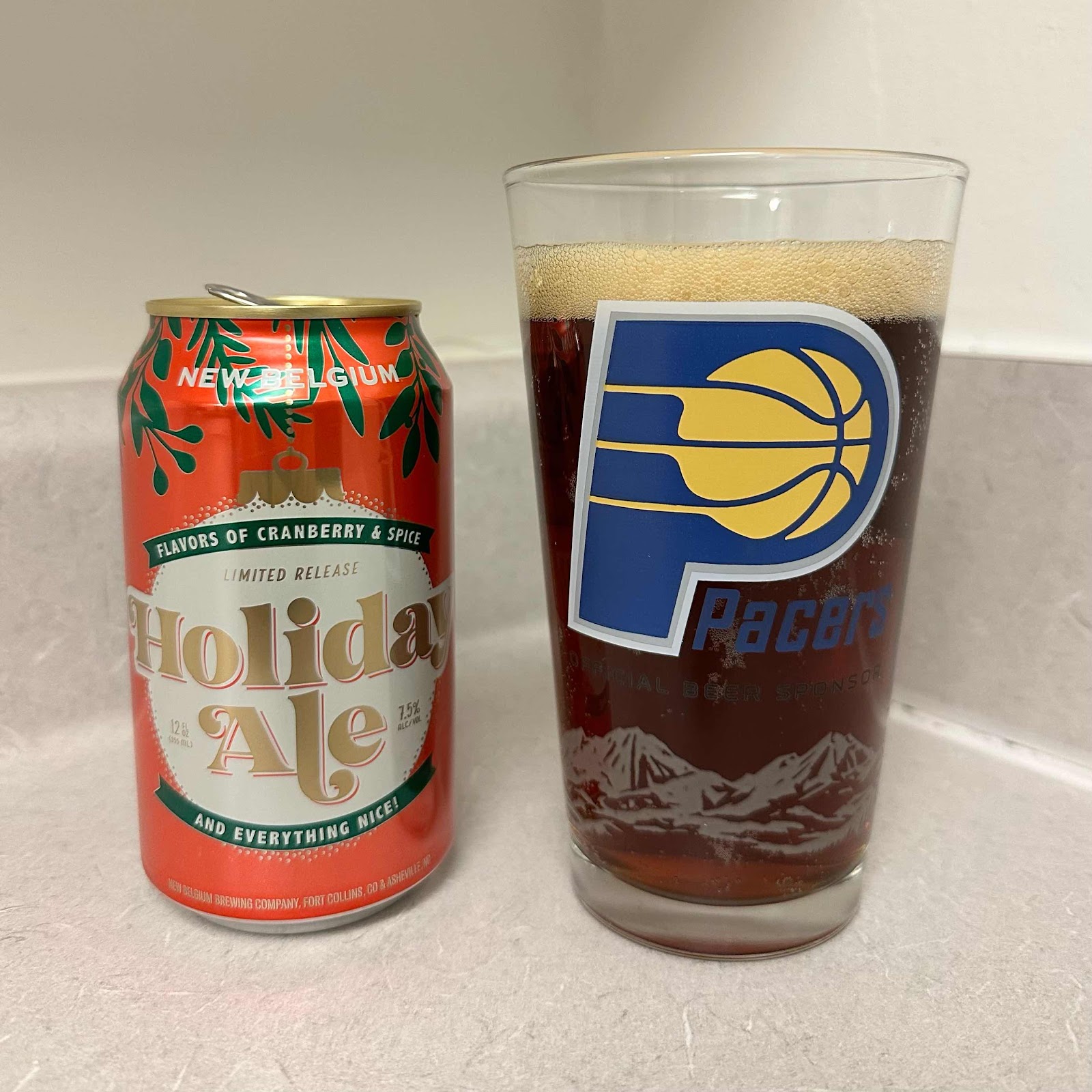