I've done a few different versions of Shadow Proof over the years.
First was Beer #1413.  The Coconut Bourbon Barrel Version.  This Beer, 1723, is like the updated version of that first one I tried.
Then there was Beer #1488 - The Peanut Butter Cup version.
Then Beer #1497 was the plain Bourbon Barrel aged version.
Finally, I tried their "Son of Shadow Proof" variant that has chocolate, almond, and coconut.  That was Beer #1538.  And it was just okay.
This Chocolate Coconut version is really good and enjoyable.
The chocolate is creamy and not chalky.
There is a hint of coconut - never as much as I want, but still enough to make me happy.
The bourbon is subtle, and not as powerful as many beers like this - however, I was sipping on the beer, due to it's 11% ABV, and as the beer got warmer and warmer, the bourbon flavor got stronger and stronger.  This is a weird time where I will admit that I liked the beer the colder it was.
(That doesn't happen often) 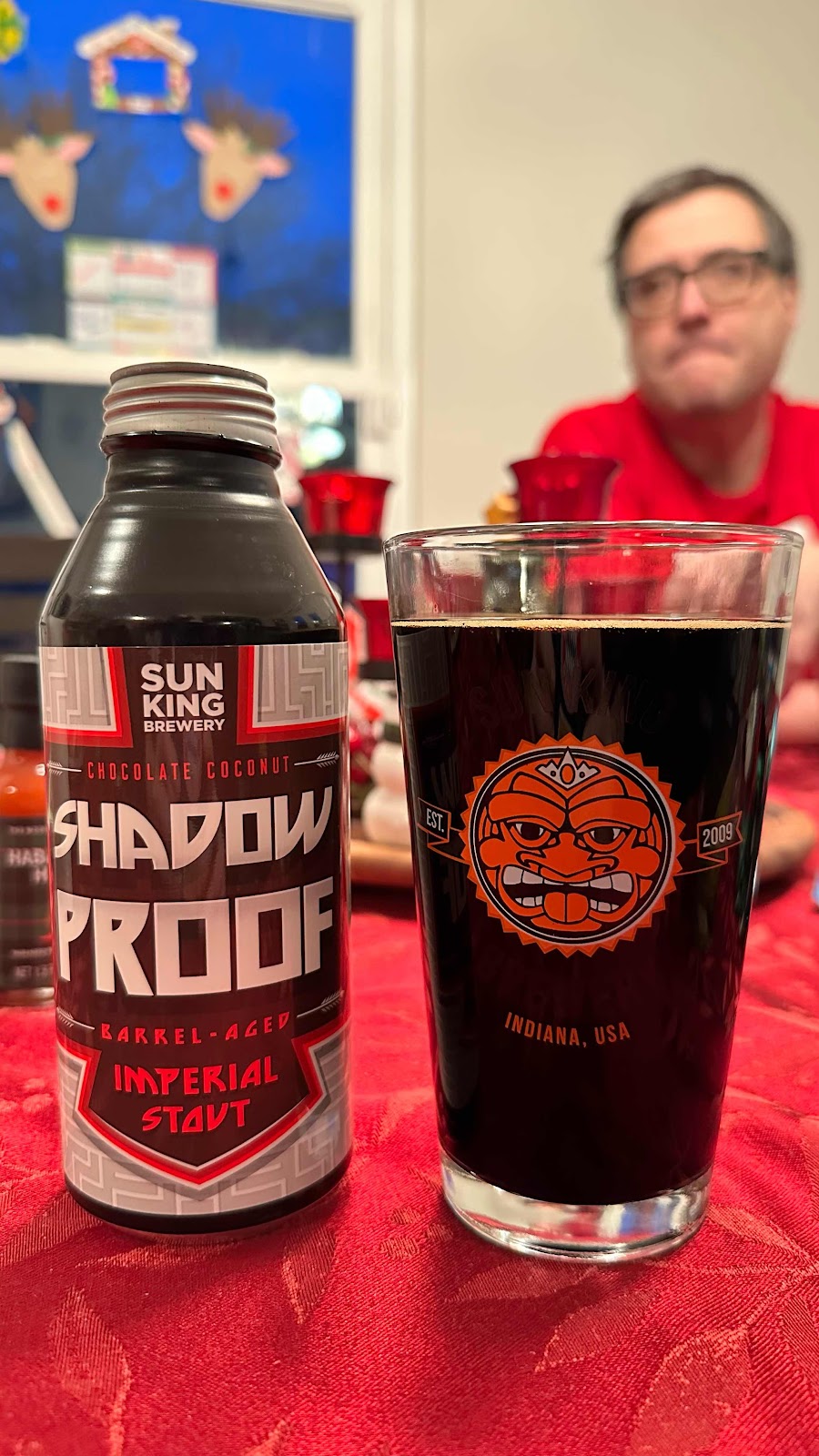