It's this week's SNL beer, and I'm really excited for it.
Over the years, the Lexington Brewing Company has released a lot of Bourbon Barrel options, and I've enjoyed a good number of them.
There is the standard Bourbon Barrel Ale.  (Beer #70 on the Original 152 post)
Pumpkin and spiced ale, aged in a Bourbon Barrel.  (Beer #332)
Brewed with Cherries and Oranges, then aged in an oak bourbon barrel, with bitters added. (Beer #818)
Brewed with Vanilla, and then aged in bourbon barrels.  (Beer #1125)
Finally, in 2020, Caitlin and I shared the Chocolate/Peppermint brewed, and aged in bourbon barrel version.  (Beer #1503)
Tonight.
Maple.
Bourbon.
Stout.
The bourbon smell is very strong.  It has me giving it multiple inhales, while I enjoyed and fear the beer.
It's a thick and tasty stout.
The maple hits upon the first drink, and then the bourbon flavor is really mellow in the backend - compared to how strong it's bourbon aroma is.
It's simple, and delicious at the same time, and the bourbon flavor is so subtle in the backend, that this beer could be tricky, hiding it's 12% ABV. 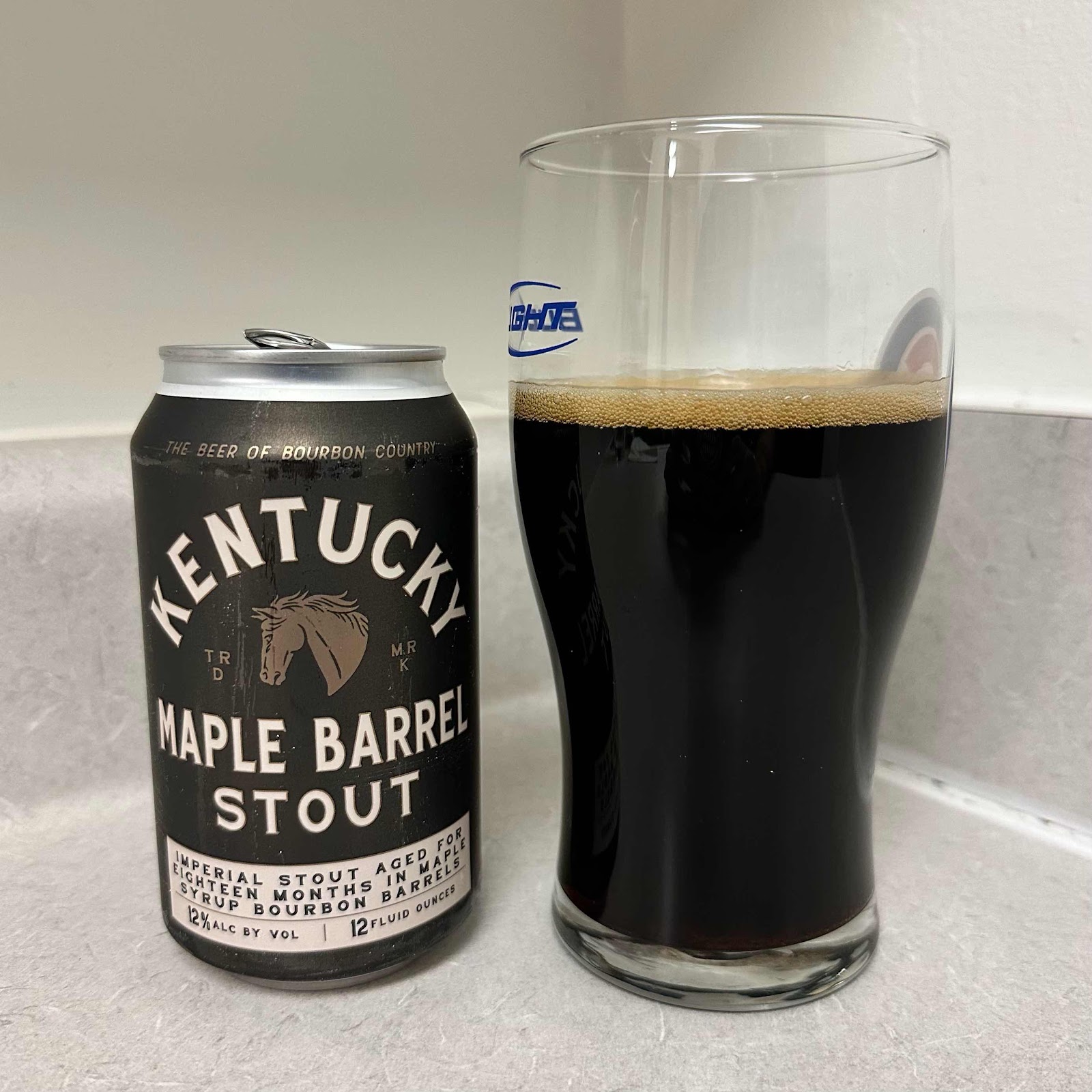 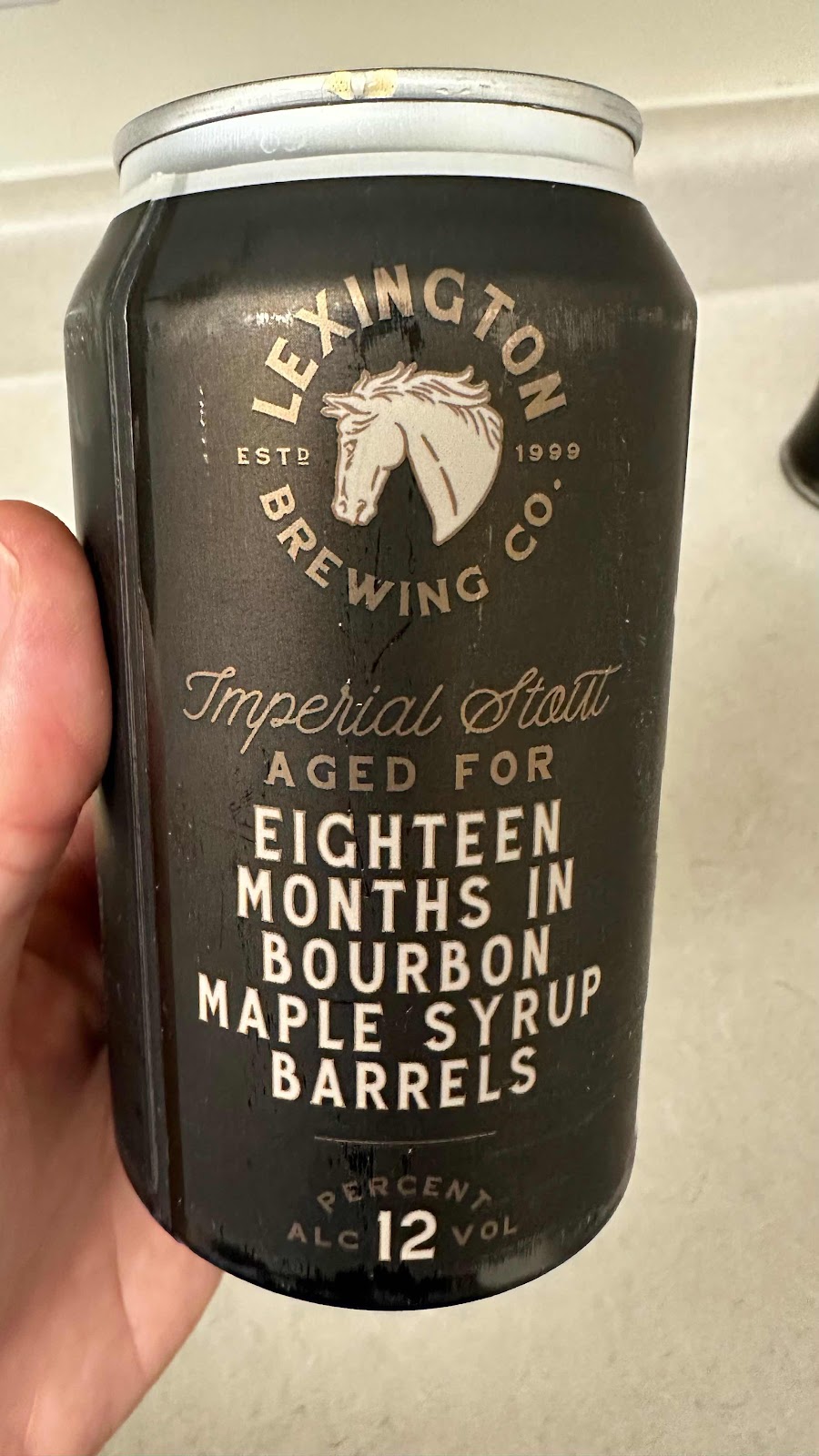