This week, I was honored to be invited to join a group of my good friends, in meeting with the owners and brewers of Pax Verum in Lapel, Indiana - as they begin a collaboration together.  Pax Verum is going to brew an IPA for the in house beer at my friend's bar.  And while everyone knows IPAs aren't my jam, I was invited to come along, do the taste testing, and discuss some ideas for the brew.
The guys (and gal) at Pax Verum have earned a new fan, after the time I spent with them.
Previously, I had only ever tried their Møtrboat (Beer #1537), which I only bought because of the can - and really enjoyed.
So, we tasted their Pale, and four of their IPA variations.  They picked one they thought would be the best base to start with, discussed some changes, and should have a solid recipe for a beer that's going to sell really well for them.  I am beyond excited to see how it turns out. 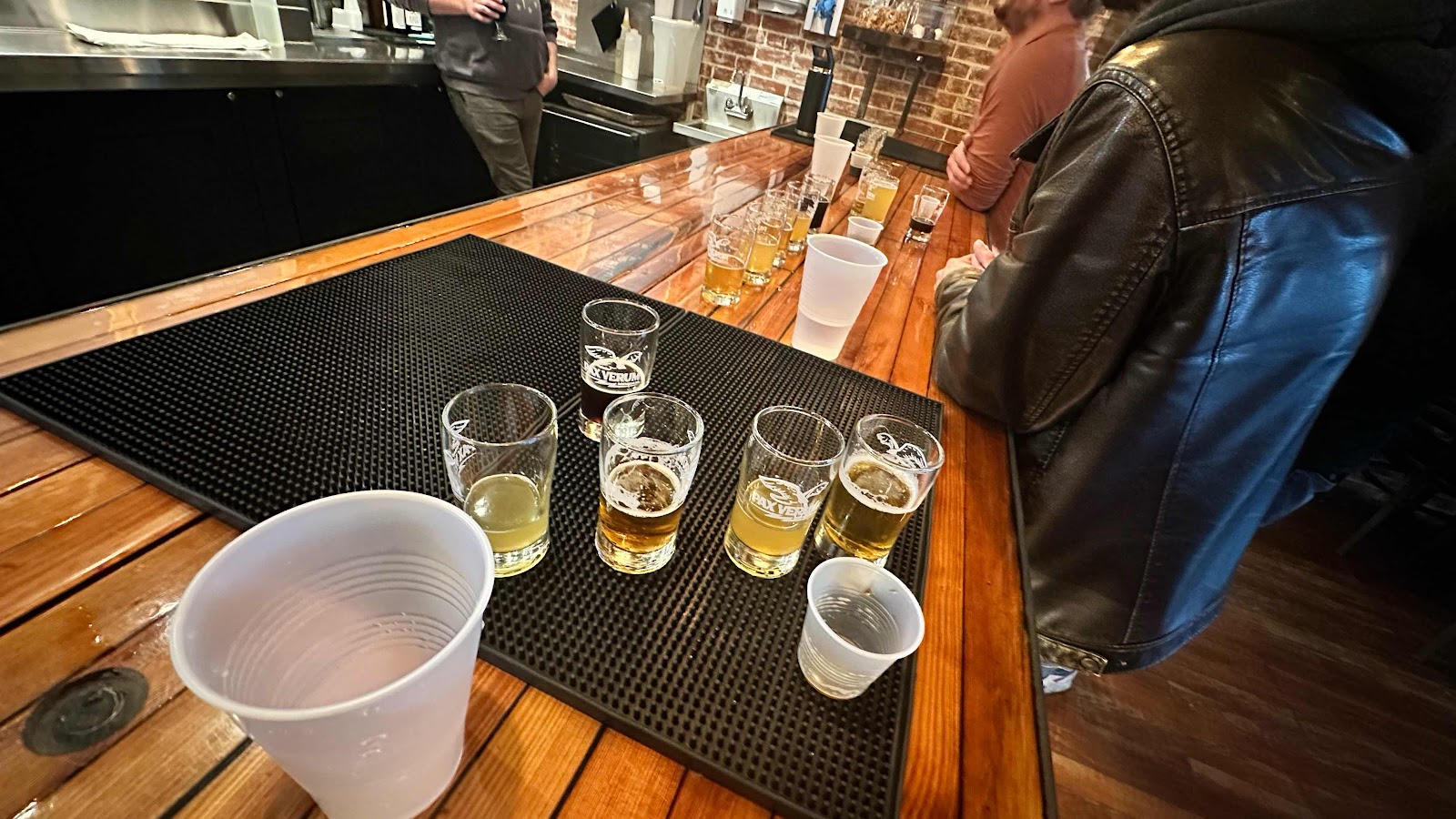 The crew at Pax Verum, were so cool, so chill, had absolutely zero ego, and just loved talking beers.
I've had a lot of conversations with a lot of brewers in my time in the beer world - and sadly, too many of them have an ego, think their shit is the only good stuff on Earth, and are dismissive of other brewers.  That's the exact opposite of the vibe I got the entire time I was hanging out with these guys.  We chatted about home brewing roots, the evolution of their beers over the past five years, the recipes they've tweeked, and some of the challenges they've faced.  The entire time, they were nothing but positive energy, and so much to chat with.  It's about a 30 minute drive for me, but I look forward to making a somewhat regular trip up to visit their brewpub.
Aside from the IPAs, they did give us some samples of their other styles - and I feel in love with Dark Matter.  To the point that I had to buy a four-pack of cans to bring home, so I could drink it some more.  It's a perfectly creamy milk stout that goes down like chocolate milk, and while the coconut flavor isn't as huge I prefer it - the lingering coconut flavor in the aftertaste is just enough to make this beer SO enjoyable.  As I'm watching the Pacers/Hawks, I'm letting it warm up, and the warmer it gets, the stronger that coconut lingering flavor is.  This is a delicious beer, especially at this time of the year.
(They also allowed us to taste a candied-stout, and it I swear there was some maple in there too - it was amazing, and too sweet for it's 11% ABV) 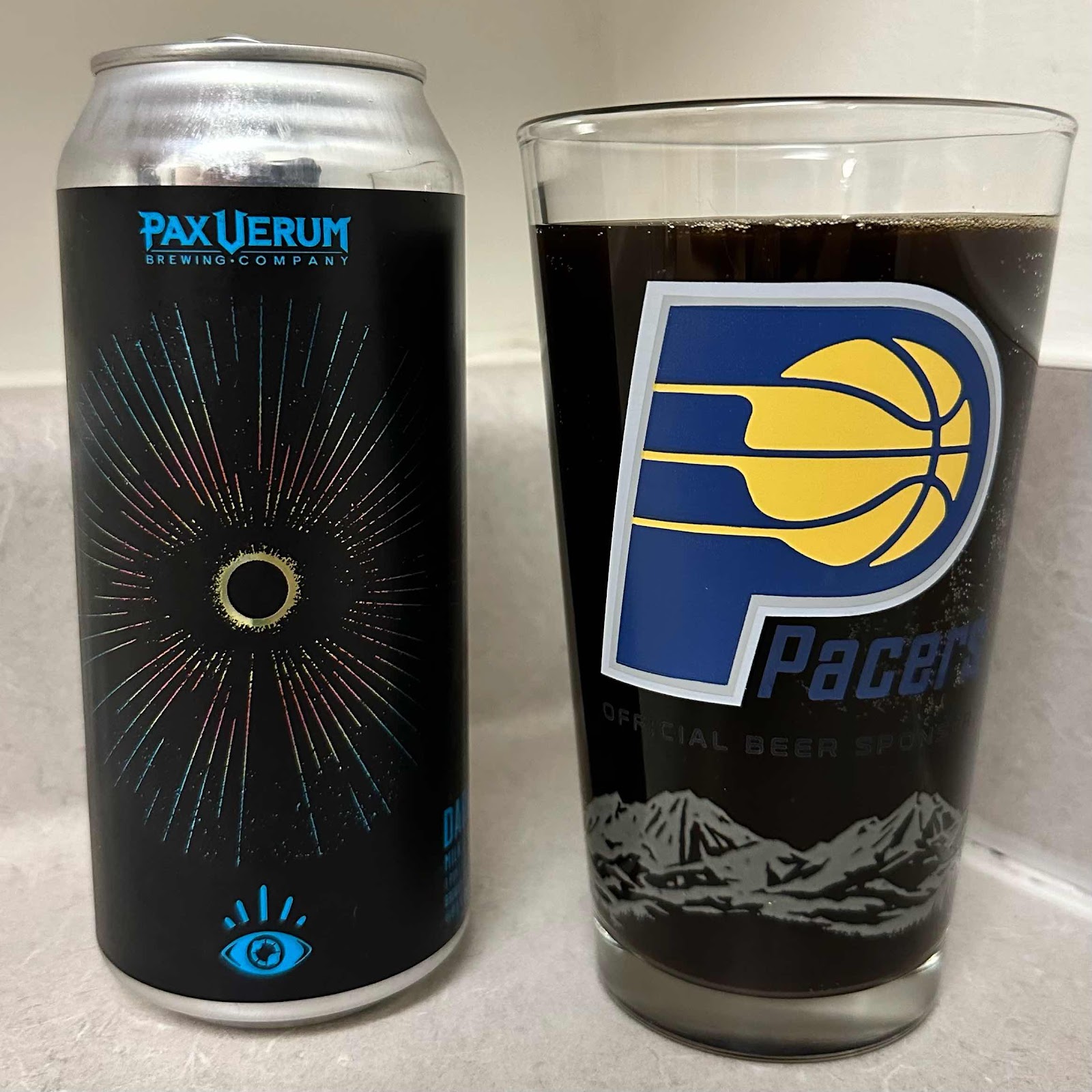 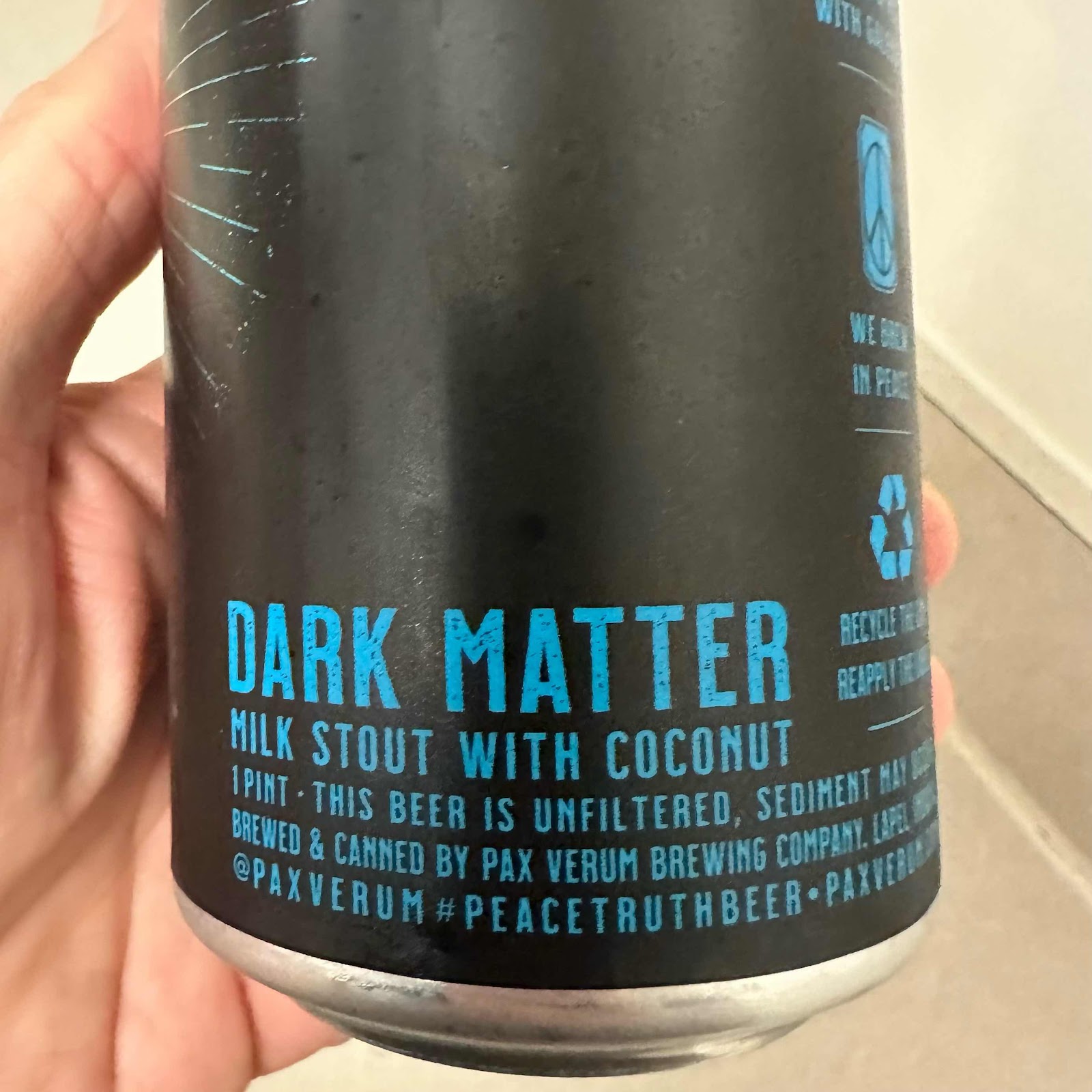