My original plan for this week, was to indulge in Pax Verum.
I had three beers of theirs in my fridge, and planned Wed/Thu/Fri to be Pax beer nights.
Well, last night, I just wasn't feeling like a beer - but I did meet up with my buddy Peddie and we did a beer swap.  So, since I already broke my Pax-streak last night, I decided that tonight I would enjoy the beer Peddie gave me, and save the Pax beers for American football this weekend.
First, I wish I knew about this beer back in December.  I would have definitely paired this beer with a night of watching "Die Hard".
Second, like the villain of this beer's namesake, I don't like it.
Wait.  That doesn't really work.  I love Hans Gruber as a villain.  He's amazing, Rickman is amazing.
So, like, I do like Gruber as a villain, but he's a bad guy.  He's the antagonist.  So, Hans Grubeer is the antagonist of my taste buds - and they don't like Grubeer.
It's an IPA, I didn't expect to like it - but sometimes IPAs surprise me.
Like the recent Pax Verum IPAs - some were not bad, while others were.
The beer has a nice aroma, but from the first drink - it causes trauma in my mouth, that reverts my taste buds back to 2015's West Coast IPA surge.  It's not the driest beer I've ever drank, but it makes my mouth regret drinking it - with every sip I take.  If you're an IPA person, you should like this.
It sounds like Peddie liked it more than me.
I love the can.
I don't like the beer. 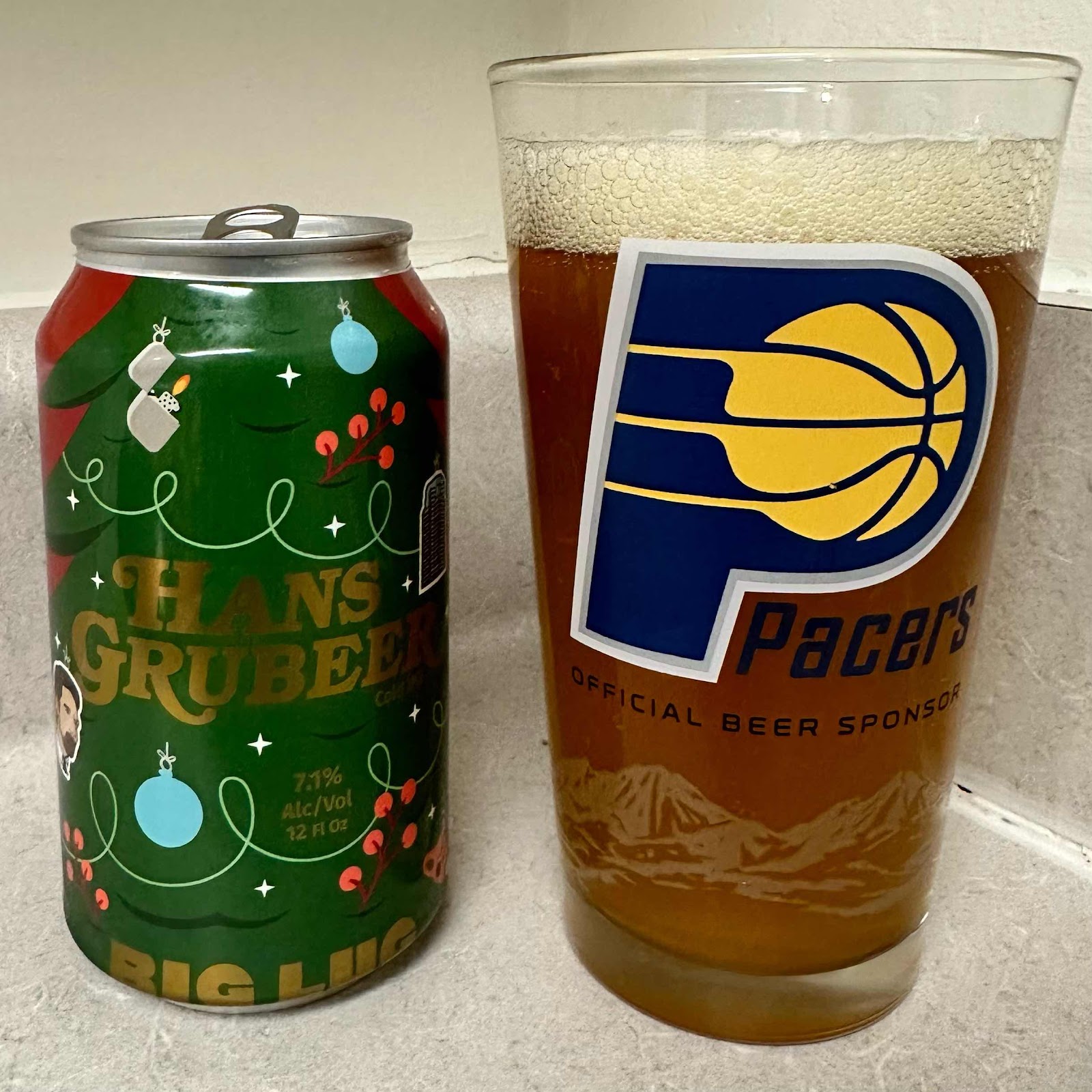