This is only my second beer from Mad Anthony, and I was not impressed with their IPA back in 2013.
Ten years later, my law firm does a lot of business from Ft. Wayne, so I picked up this beer last weekend when I realized they were from Ft. Wayne.
I know I've been saying I was going to knock out my Pax Verum beers, and because I have two left - I'm going to drink one during each of the NFL games tomorrow.
Tonight, I am going fruity and celebrating the return of "SNL" and the gorgeous Aubrey Plaza hosting tonight.
This beer is okay.
It's not bad in any way, but it also doesn't stand out as amazing.
The wheat beer aspect of the beer is tasty, it's exactly what it should taste like.
The raspberry flavor is there, but it is really subtle.  It creeps in slowly, but it's there, and it's good.
This would be a good summer, outdoors, refreshing drink.
4.2% ABV makes it able to be drank for long sessions, and 8 IBUs means it's light and goes down super easy.
Time to enjoy it, and have some laughs. 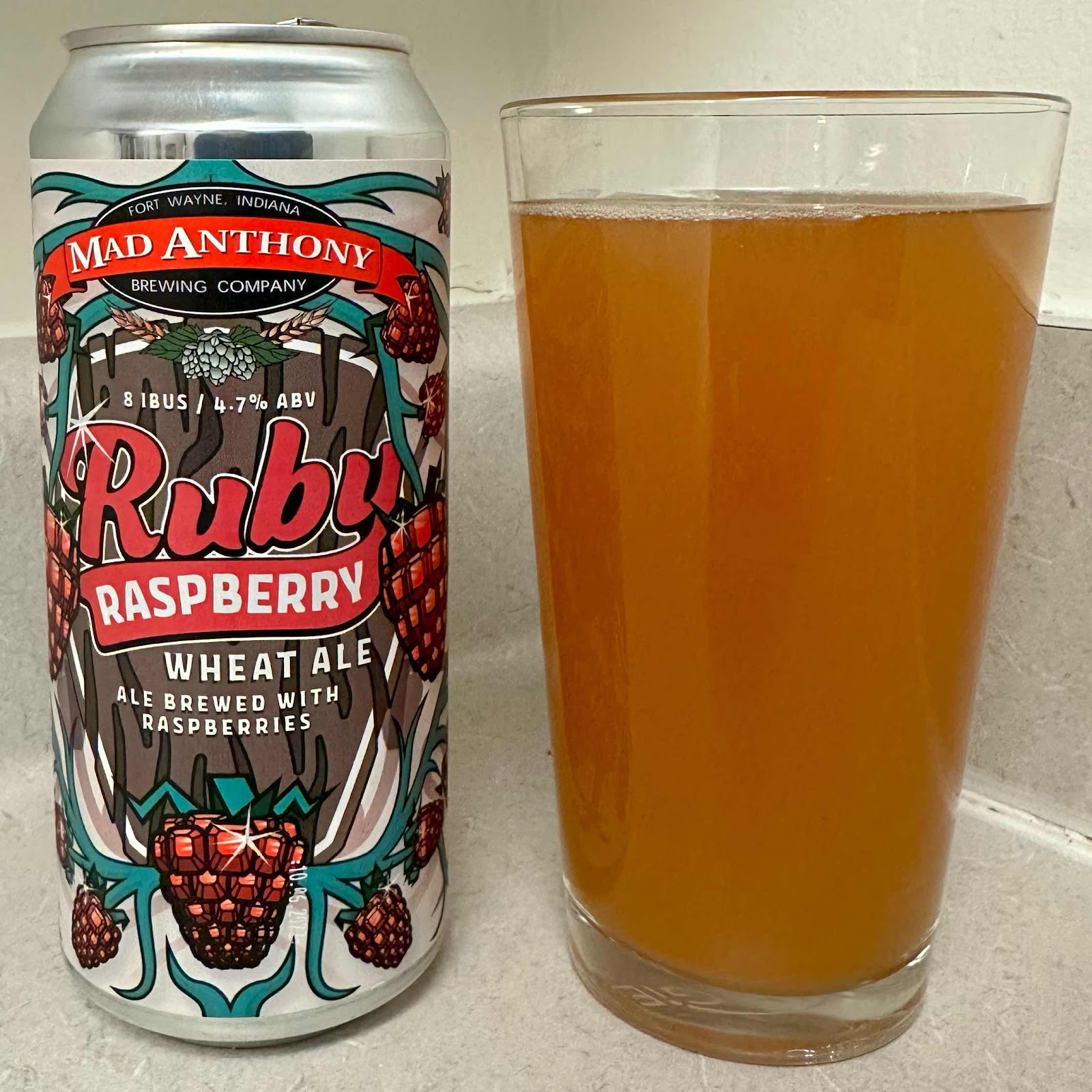