I know People's the best from the Brickyard Battalion IPAs that I've been forced to drink at Indy Eleven matches.  But, I've seen this beer around for a few years, and I always wanted to drink it with my ex-brother-in-law, because he graduated from Purdue.  They have this golden ale version, and their Boiler Black beer, which is a dark ale.  I always thought they would be perfect for making Black and Tans, but I never got that chance with him.
So, when another Purdue friend decided to host a poker night, I found it to be the perfect chance to bring this beer to share.  When I arrived, I asked Snow, "Have you tried this yet?"  His response was, "I think you brought it over one time before..."
Now, he got me thinking, and trying to remember if I did ever bring it over before? According to this website, the answer is no, as it has never been documented on here.  Is Snow trying to "Girl on the Train" me?  Nonetheless, if I have drank it with him before, then I am drinking and documenting it tonight.
The beer is fine.  It's okay.  It's kind of what I expected from People's - I'm learning I'm not really a fan of theirs.  Their stuff is fine, but never good.  And their decision to make Brickyard Battalion beers as IPAs, really has me questioning them in general.  Or, maybe I'm the only person on the planet who thinks IPAs in the hot sun, does NOT quench my thirst?
So, back to this golden ale.  It's fine.  I doubt I will ever buy it again, unless I'm doing those Black and Tans I mentioned with the Boiler Black beer. 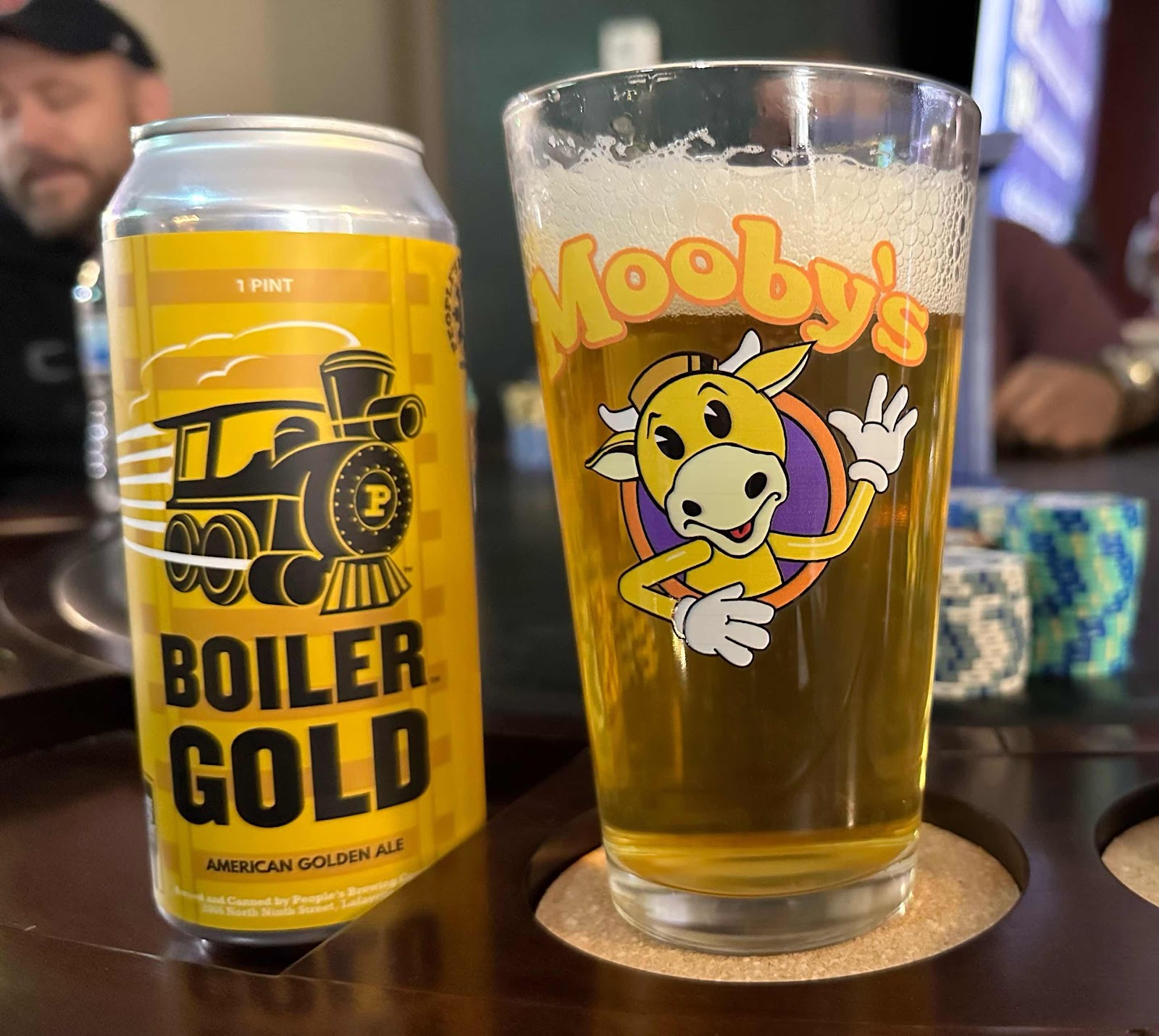 UPDATE:  I ran my mouth a lot today, and I have some incredible luck to get TWO saves on the river, when I had gone all in.  But, in the end, I was the first person knocked out.  I went all-in pre-flop with pocket Aces, and got out drawn.  I can't be mad.  I don't blame Jeff for his call - suited runners, and he hit a straight.  We both made the right moves, the cards just fell in his favor.  Still an amazing evening with some great friends.  Now, back to dealing cards for everyone else.
Posted by Shane M. White at 7:18 PM