HAPPY NEW YEAR!
It's my first beer of 2023!
After the eleven months of HELL I went through in 2022, I've been blessed this last month, and I haven't been able to celebrate with anyone, so I'm celebrating with myself tonight.
I've had my eyes on this beer since September, but it's tough to justify $20 for a single 16oz can.
But last night, as I was sitting around and lamenting about this hellscape of 2022, I decided I wanted to treat myself, and finally celebrate this amazing last month that has given me a new lease on life.  So, I made the decision I was finally going to treat myself to this beer, and enjoy it as the ball drops.
I had already bought myself a bottle of Sparkling Grape Juice, because that's what I've done the past few years.  Last year, I wasn't drinking, and the year before Caitlin and I had Lily, so we shared a couple of bottles of Sparkling Grape Juice.  So, that was my plan for tonight, but that changed.
The Bruery.
Coconut.
Bourbon Barrel Aged.
I have a history of these three things together.  And this time, Mango and Vanilla are in the mix.
A History Lesson:
So, back in 2013, Ryan Miller introduced my to The Bruery with BEER #353 - Mischief.
A few weeks later, I would find a coconut beer from The Bruery, and it became BEER #392.
Around Christmas of 2019, I would find a Bourbon Barrel Coconut beer from The Bruery, but I wasn't happy with the coconut flavor of BEER #1379.
At our "Independence Day" Party of 2020, Ryan Miller found what I consider to be the BEST coconut beer, ever.  And BEER #1445 was Bourbon Barrel Aged from The Bruery.
So, how does Beer 1724 stand up to the others?
It’s really tasty - but I don’t think it tops #1445.
The aroma is sweet-bourbon. It’s very appealing.
The mango hits hard upfront.
Followed by the bourbon flavor.
Then it mellows out with the coconut, and I do enjoy that.
The coconut doesn’t linger for very long, and honestly - there’s not much after that.  Some residual bourbon-like flavor is kind of there, but strangely, all flavor is gone quickly.
Still really tasty, and for 10% ABV, I don’t feel it.
This could be a sneaky one. 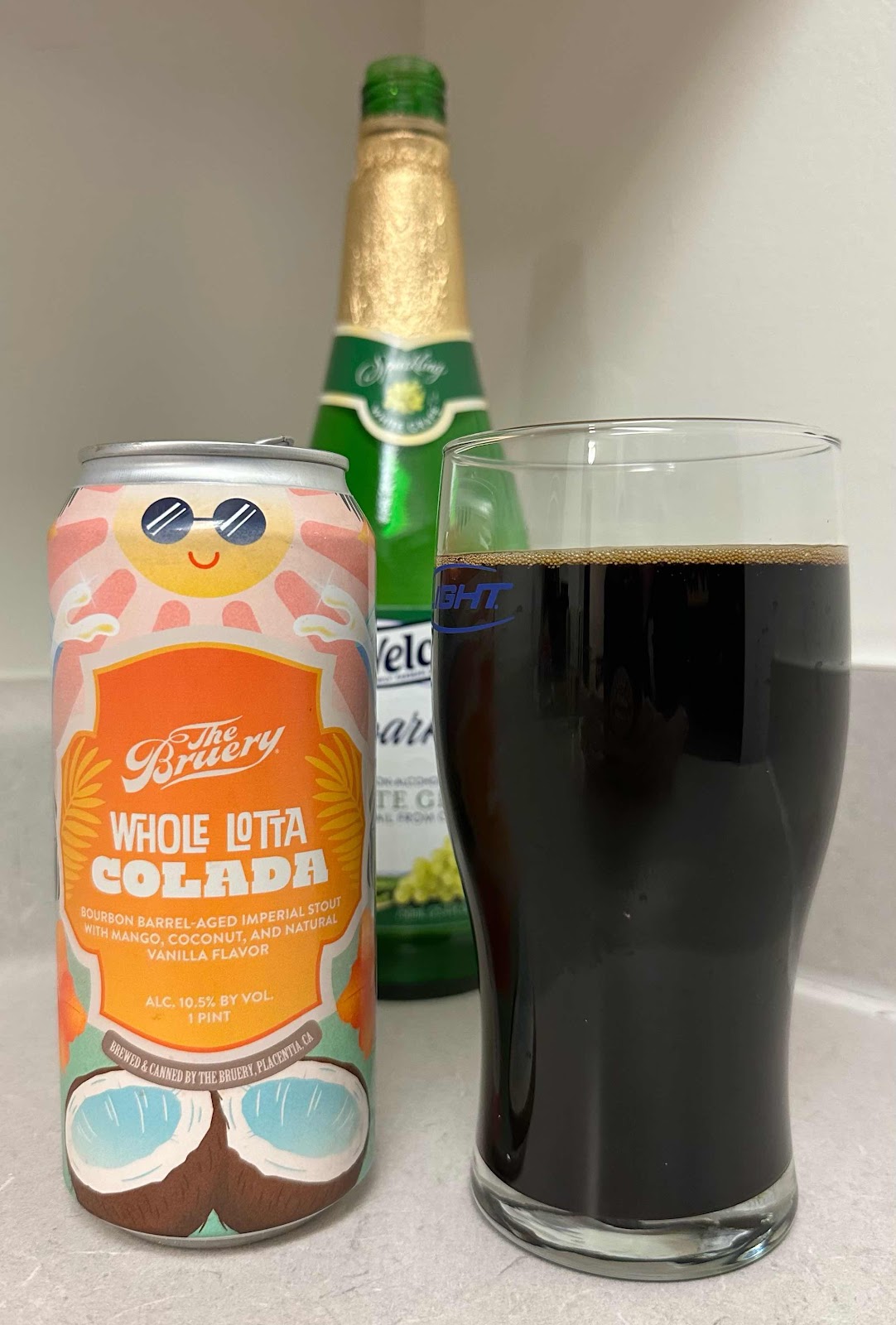